Bengaluru, Jan 11: Rumours are running thick and thin about the changes that are likely to be made in the state cabinet after the Sankranti festival next week. There is information that a few will be dropped from the ministry to accommodate others.

There have also been discussions about the likely inclusion of Vijayapura city MLA Basanagouda Patil Yatnal. Yatnal, a firebrand leader, who has the uncanny knack of courting controversies, has patted his own back once again. 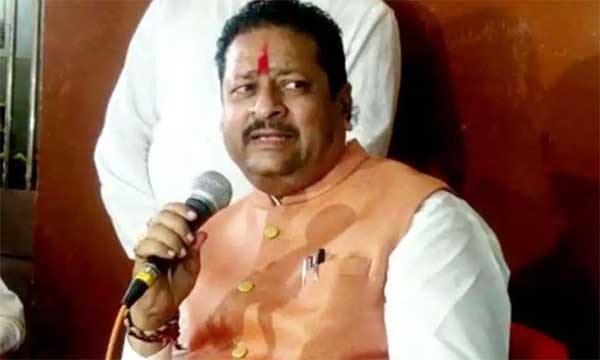 Yatnal wondered who else in Karnataka BJP can match up to him in terms of ability and eligibility. "I was a minister when Vajpayee was the Prime Minister. Vajpayee had even issued a letter of appreciation to me for having functioned very actively. I was the one who got a letter in Atalji's own handwriting. But unfortunately politics is not for those who express themselves openly without mincing words. For progressing in politics, one has to flatter others which I cannot indulge in. I can never bow before others to get me favours," Yatnal claimed.

Speaking to media persons, Yatnal said that Arvind Bellad is capable enough to become a minister and he has reasons to aspire to become one. He added that he will agree to join the cabinet only if justice is done to all the communities.

"In the Belagavi session, only the last two days were allotted. In the next session, at least four days should be given at the beginning. The Congress spoiled the time of the legislature unnecessarily. Siddaramaiah has the habit of speaking for hours on end without allowing even his own legislators to speak," he said, duly terming this as tragic.

He said that Siddaramaiah repeatedly says the same thing and does not get tired of appreciating Tipu Sultan. "He does not know any other thing. We are fighting on behalf of all the communities. Our community has about 50,000 people in Shiggaon constituency and 50,000 more in Hangal and Ranebennur. We have a good population in north Karnataka, and we have sought social justice for our community. We have neither threatened nor pressured anyone on the issue. Bommai is driven by the desire to do justice to all through reservations and he has been working in that direction," he stated.

By saying that there will be thorough reorganization of the ministry soon and Vijayapura is set to get a representation in the ministry, Yatnal dropped broad hints about him becoming a minister soon. He had earlier said that he never meets national leaders seeking ministerial berths and that he believes that based on his ability, he would be made a minister by the national president of the party, who he said knows everything about his party leaders.