Mangaluru, Jan 15: The construction of the new clock tower of the city at Hampankatta was undertaken and completed over two years back. However, it has not so far been inaugurated.

The smart city has decided to create a mini traffic island near the tower. Therefore, it is expected that the opening of the clock tower has to wait for the completion of the traffic island before it can be inaugurated.

Traffic jam has been a routine occurrence at Hampankatta. A road from the clock tower leads to A B Shetty Circle while another road from the direction of Lady Goschen Hospital passes through it. As the area has a central market, Wenlock Hospital, Lady Goschen Hospital, mini Vidhana Soudha and other offices and concerns, vehicular density is high in this area. As one-way traffic is enforced here, it has now been decided to create a small scale island between the town hall and clock tower to enable the vehicles to take a turn in an organized manner. 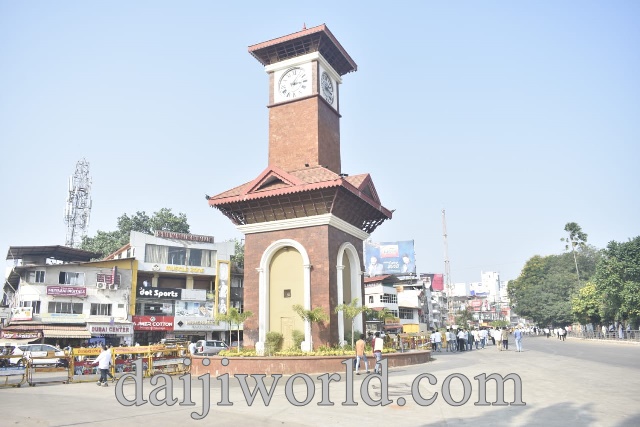 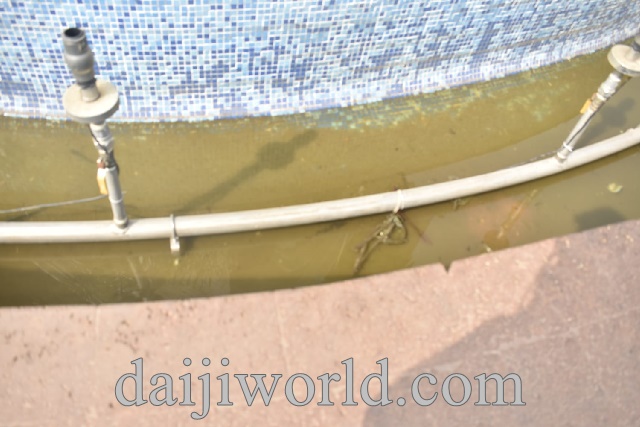 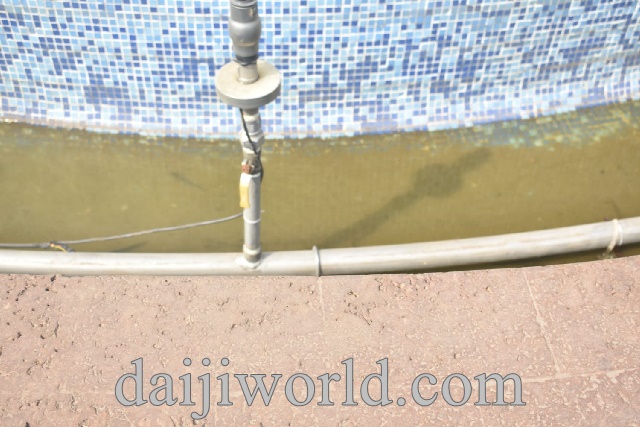 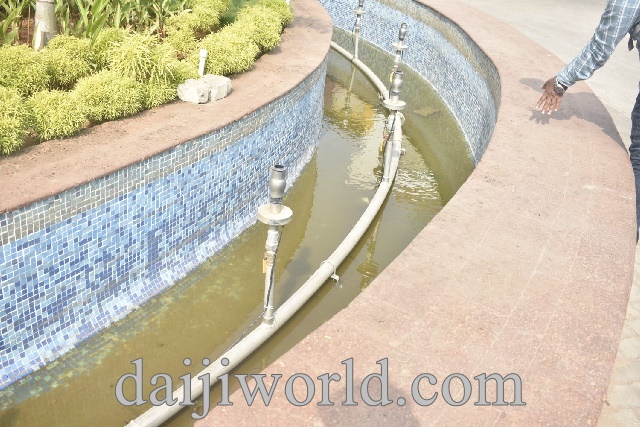 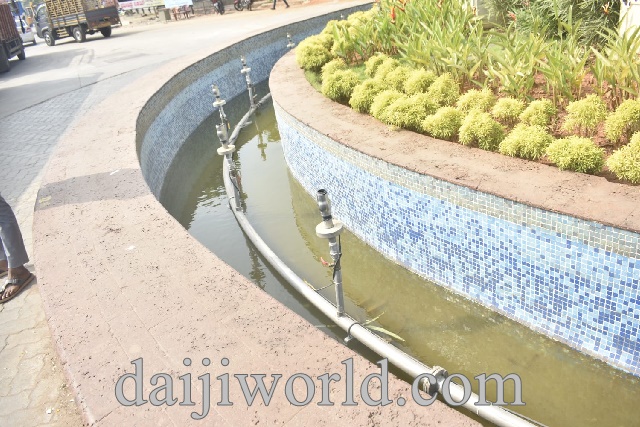 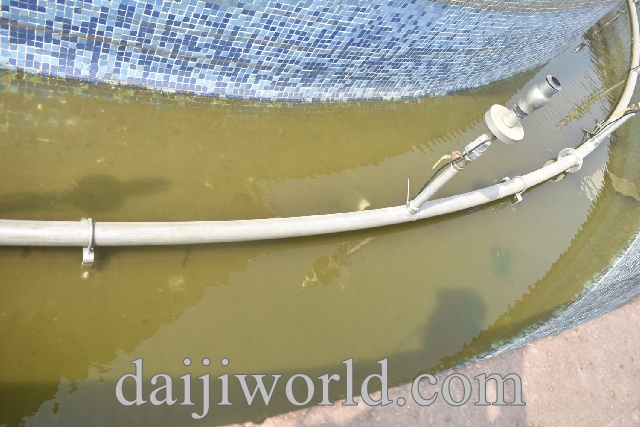 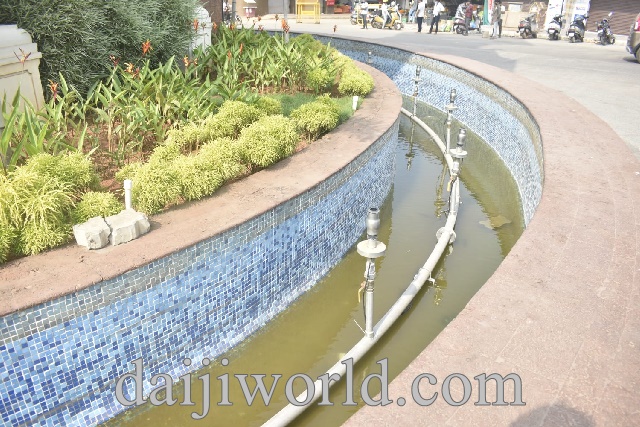 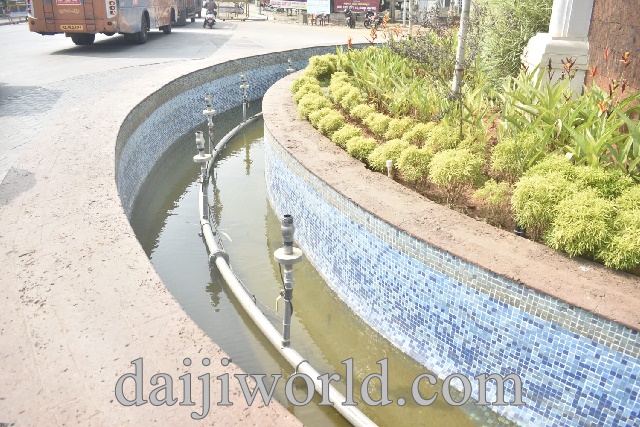 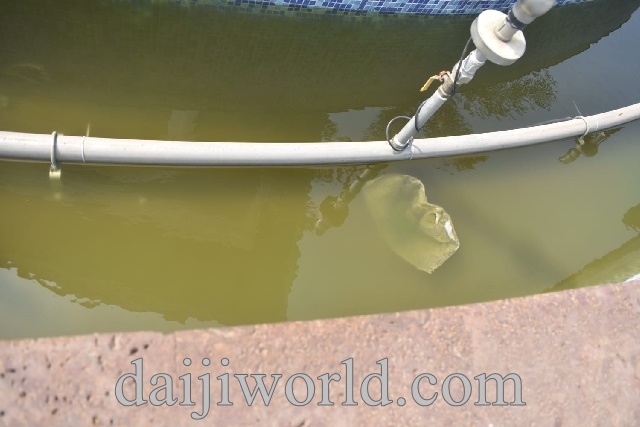 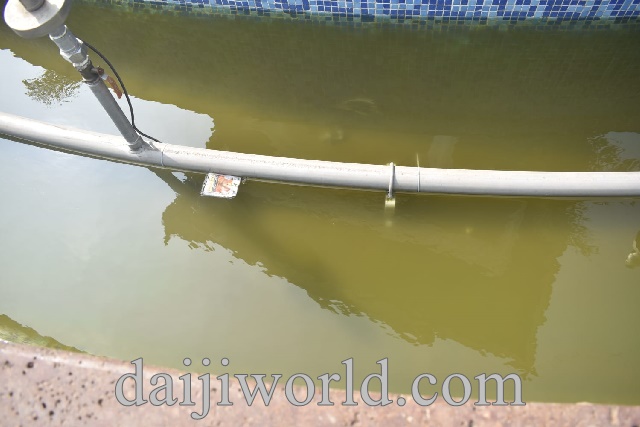 The clock tower which was completed two years back, has clocks on all the four sides. Platform has also been built around the tower and lighting has been arranged to make it look attractive at night. Still, the people's representatives seem to be reluctant to inaugurate the tower. As development works have again been undertaken at this spot, the inaugural is expected to be delayed further.

In addition, the clock tower has been a mosquito-breeding spot with filthy water. Also, the photo of a man bathing in the water went viral last year.

A clock tower had been built several years back to show time. In 1994, it was demolished as it was felt to be an impediment for the smooth traffic. After the then mayor, Kavitha Sanil, insisted on the construction of a new clock tower at the same spot, work started in 2018 and continued under the Smart City project.

Now-a-days, traffic islands are preferred to circles as they are felt to be more efficient in streamlining the movement of vehicles. Even though generally these islands are made beautiful with greenery, smart poles, street lights etc, the one at the clock tower is expected to be a mini island.

Arunprabha, Smart City general manager, said that the inaugural will happen once the traffic island and other works are completed.