Ruling BJP in Karnataka faces opposition from within on weekend curfew

Bengaluru, Jan 18 (IANS): Clamor against weekend and night curfew in Karnataka appears to be rising with BJP senior leaders opposing the restrictions publically.

On Tuesday, BJP National General Secretary C.T. Ravi and Minister for Forest Umesh Katti have stated that they are in opposition to weekend curfews and lockdowns in the state.

C.T. Ravi, who is also BJP MLA from Chikmagalur, stated that he is against weekend curfews and lockdowns. The Covid cases are not increasing, only in Karnataka, Delhi and Mumbai are also seeing a surge in Covid cases. Though cases are on rise in Karnataka, the fatality rate is very low. 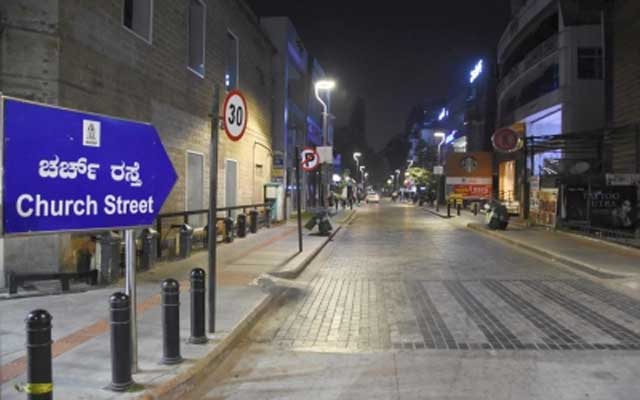 The number of patients being admitted to ICU is also very low. Though it spreads fast, it has not caused loss of lives. There is no need for getting panicked. However, one has to be careful about the infection. Instead of imposing lockdowns and curfews, the government should frame guidelines and rule, he added.

By these rules the people could be monitored and the spread of Covid could be contained. Since there is no loss of life in the third wave, there is no need for worrying. "Why should people be put at ease by imposing lockdowns? If the records are verified, the percentage of fatalities are very less. Why should anyone be worried much about it? It has caused no harm to those who are fully vaccinated'" he said.

People are trying to build their lives after passing through difficult phases of two lockdowns. Why should they be troubled at all? The situation should be closely monitored and a wait and watch policy must be adopted. This is my opinion. Doctors' opinions are also the same as mine. Curfew and lockdowns will only make the life of those who are trying to build their lives after two years of suffering miserable, he reiterated.

Opposition Congress is vehemently demanding lifting of weekend curfew and night curfew in Karnataka. The opposition party has dubbed the ruling BJP government as inhuman. Revenue Minister R. Ashok has announced that a decision would be taken on relaxing weekend and night curfews as experts have opined that the Covid pandemic would reach its peak by January 24.

Asked about lifting of curfew orders during weekends and nights, Minister Ashok remarked that they can't take decisions to the comfort of one section of the society. If the situation goes out of control the government is accountable hence decisions are made as per the suggestions of the experts committee, he maintained.

Title: Ruling BJP in Karnataka faces opposition from within on weekend curfew