Panaji, Jan 21 (IANS): Soon after the BJP released its first list of 34 candidates for the February 14 state Assembly polls, the next challenge for the ruling party may well be to address the simmering dissent in various constituencies, where party leaders including former Chief Minister Laxmikant Parsekar and former CM late Manohar Parrikar's son Utpal, are threatening to raise a banner of revolt against the party.

After his claim for a ticket to contest from the Mandrem Assembly seat was nixed by the party in favour of sitting BJP MLA Dayanand Sopte, Parsekar addressed his party workers late on Thursday and hinted at contesting the elections as an independent candidate. 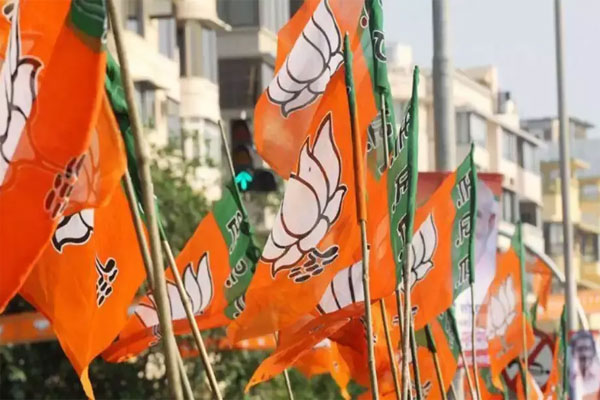 "We will take a decision in three days," Parsekar said at a meeting of party workers in the beach village of Mandrem. Parsekar also said that he was getting feelers from other political parties.

Utpal Parrikar, whose claim for a ticket to the Panaji seat, once represented by his father from 1994, was denied also addressed his workers from the Panaji Assembly constituency.

Speaking to reporters after the meeting, Dattaprasad Naik said that the BJP workers treated the Panaji seat with a sense of reverence because it was represented by Parrikar and offered an analogy involving Union Home Minister Amit Shah while making his point.

"Amit Shah contested from Gandhinagar. He could have contested from any seat and ensured that the rival's deposit would be lost. He chose Gandhinagar, because it was represented by respected L.K. Advani. Panaji seat also has importance because it is Manohar bhai's seat. People of Panaji will not accept the fact that it was given to anyone else merely for the sake of winnability," Naik said.

The Panaji seat has been alloted to sitting BJP MLA Atanasio Monserrate, who has been booked for raping a minor girl in 2016. Monserrate has also been charged with leading a mob attack on the Panaji police station in 2008.

Naik also accused the BJP leadership of systematically sidelining him from the party's political affairs.

"Utpal has never lagged behind in party work. Utpal should have been made booth president. Has he said no? What responsibility has been given to him? He was sidelined to make someone else happy," Naik said.

Savitri Kavlekar, the wife of deputy Chief Minister Chandrakant Kavlekar late on Thursday also resigned from the BJP against the party's decision to deny her a ticket to contest from the Sanguem assembly constituency, which is adjoining her husband's constituency of Quepem in South Goa.

"I am going to contest as an independent. I have resigned from the BJP. I have taken this decision on the backing of my workers," Kavlekar said, even as Public Works Department Minister Deepak Prabhu Pauskar who has also been denied a ticket from the Sanvordem assembly constituency has announced that he would be contesting as an independent.

According to a senior BJP official, the party leadership had expected dissent from some ticket aspirants after the official declaration of candidates. "The BJP has grown as a party over the last few years and it was expected that we would have more claimants for tickets. We will start an outreach programme with those who have reasons to be unhappy with the list of candidates. We are confident of convincing them to work with the party for the elections," a BJP official said.