Mangaluru, Feb 3: A woman got back her high-value diamond-studded bangle she had lost at the airport here, thanks to the honesty of airport employees. The bangle was returned to the true owner by the security team of the airport by trolley retriever, Ashraf Moideen.

The woman in question had come to the airport to escort her relative coming from Bengaluru to her home. On that occasion, her diamond bangle had gone missing. After leaving the airport, she noticed the loss of the bangle. She informed the passengers who came from Bengaluru about the loss. They got in touch with the terminal manager of the airport seeking his help in tracing the bangle. 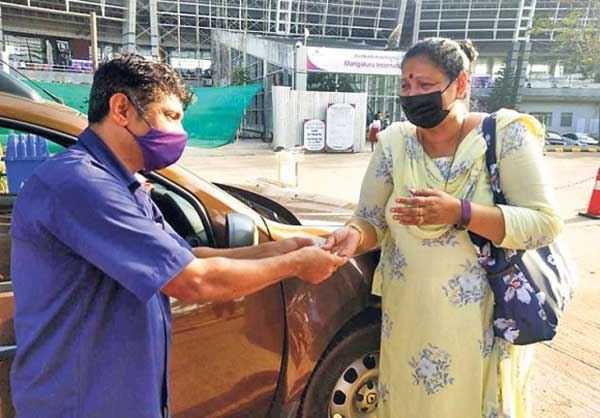 This happened to be the second time on which Ashraf returned valuables found by him to the security staff. His honesty and integrity have come in for appreciation. Ashraf said that the happiness which he saw on the face of the woman who got back her bangle gave rise to a sense of fulfilment in him. The woman was very appreciative of the man's gesture.