Simultaneously, Shiv Sena MP Sanjay Raut warned the Bharatiya Janata Party's "Mahatmas" to be prepared for their fate after the 2024 elections even as top leaders of NCP and Sena slammed the ED for its 'selective targetting' of their leaders in alleged corruption cases. 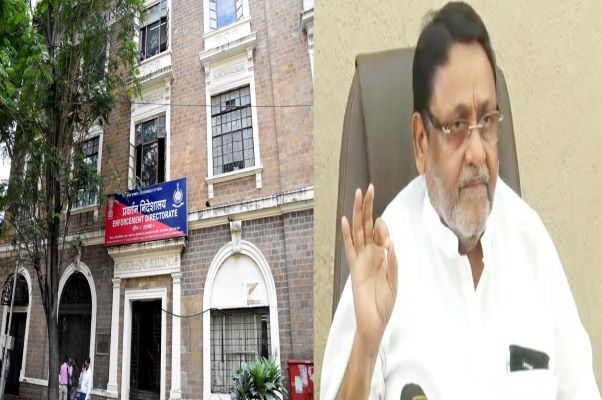 Hundreds of NCP workers marched to the ED offices carrying posters, banners and photos of Malik and raised anti-ED slogans, "Tanashahi Nahi Chalegi", "Nawab Malik, We Are With You" and slammed the central probe agency for its pre-dawn action picking up the Minister from his home.

"We expected this and we are not worried... Malik-bhai will only speak the truth... He has been exposing the central agencies openly in the past few months," said Sule.

NCP Spokesperson Vidya Chavan attacked the ED for its political vendetta and said why no action is taken against the BJP leaders for various charges against them.

Sena's MoS Kishore Tiwari came out in support of Malik saying "the ED is active only in Maharashtra and hounding Maha Vikas Aghadi leaders" and the Centre is using the agency to topple the state government.

The issue was first highlighted by BJP's Leader of Opposition Devendra Fadnavis in November 2021, and submitted the documents to the central agencies, but Malik had hit back terming it as 'making a mountain out of a molehill'.

Bhatkalkar demanded that if the business deals by Malik are proved in the investigations or if the NCP leader is found to be acting as a 'front' for the mafia, then he must be arrested.

BJP party crusader Kirit Somaiya asked the MVA leaders that they should now consider whether it is appropriate for Malik to continue in the cabinet.

He also trained guns on Chief Minister Uddhav Thackeray and his family of certain alleged land deals in Raigad's Korlai village -- which Raut has strongly denied -- and brought it to the notice of Governor Bhagat Singh Koshyari.

Earlier, in a pre-dawn swoop, the ED landed at Malik's home and took him away for questioning in the alleged 17-year-old deal on a Kurla property, Goawala Compound, said to be owned by a couple of close associates of Dawood Ibrahim Kaskar.