Tehran, Apr 6 (IANS): As one year of nuclear negotiations has yet to lift sanctions on Iran, the administration of Iranian President Ebrahim Raisi has been facing multiple challenges in improving lagging economic indicators.

Iran's economic growth was significantly affected by anti-Iran sanctions after former US President Donald Trump withdrew from the 2015 nuclear deal in 2018 and slapped old and new sanctions on Tehran, particularly its energy and financial sectors, Xinhua news agency reported. 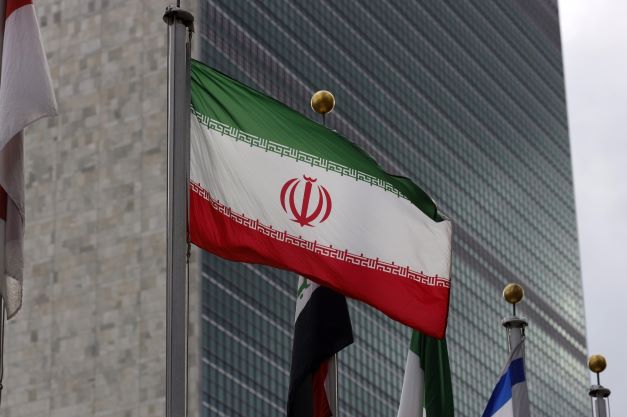 Following the Iranian presidential election in the summer of 2021, Raisi vowed to adopt policies that could alleviate the impact of sanctions while resorting to diplomacy to remove sanctions through the Vienna talks.

Tehran and world powers have been nearing an agreement to revive the 2015 nuclear pact formally known as the Joint Comprehensive Plan of Action (JCPOA) but the international negotiations are currently in uncertain terrain, as whether to remove Iran's Islamic Revolution Guards Corps from the terror blacklist is believed to be a major sticking point.

Hooman Hosseini, an economic expert, in a recent article released by the official IRNA news agency, commented that Iran's low output, high inflation and fluctuations in economic growth are mainly due to chronic economic mismanagement.

Price manipulation, seeking economic advantages within previous governments, a weak banking system and underdeveloped financial institutions are among the key factors to retard the economic growth of Iran, he said, adding that sanctions, in their due turn, have intensified some of these trends and delayed much-needed reforms.

According to IRNA, the annual average rate of inflation in November 2021 once dropped to 22 per cent from about 40 per cent in September 2021, before it was back up to 32 per cent in January and continued to be elevated until Nowruz or the new Iranian year which started on March 21.

Some experts attribute the hike in prices and high inflation to the occasional market phenomenon and the government's expenses in the run-up to the new year, while others cite the influence of external pressures on the economy.

Massoud Khansari, the Chief of the Tehran Chamber, said in February that there are two reasons for concerns about the inflation rate and the possibility of its escalation, according to Donya-e-Eghtesad daily.

"One is the arrival of February and March, which are usually costly periods for the government. This is because the new year bonus of government employees and government institutions must be paid, which can affect the budget, and the government may want to make up for its deficit by borrowing from the central bank," Khansari added.

The other issue is the need for settlement of the funds by the year-end which government has received from the central bank, he said, adding that these two factors can increase inflation compared to the previous months before the new year and its impact may linger for some time.

However, Majid Ansari, a member of Iran's Expediency Council, told Iran's Eghtesad News website on Tuesday that the persistence of external pressures could be a determining factor in the country's sluggish economic growth.

"We still have severe inflation, particularly in the basic commodities such as dairy and protein products. While prices have increased, the recession remains," he said.

Although it is not easy to assess the government's economic performance in such a short period, "in general, I can say that we have not seen a significant positive change so far and we hope that they can do a better job," Ansari said, adding that the remarks about untying the livelihood of people to the JCPOA are "good" as they might "give hope to people".

Referring to the external challenges, he said "whether we like it or not, unfortunately, our economy is heavily tied to the issue of JCPOA and sanctions".

Iran's rivals in the region are taking advantage of sanctions on Iran, and it is lucrative for them to sell whatever they want to the country at any price they want, he noted.

Ansari argued that "our investment has lagged behind the depreciation rate for several years in a row, and this is a big risk. It means that we consume capital and assets, and we are in the throes of economic erosion".

"The only way to increase investment is to expand our economic integration with the rest of the world, and mitigate the costs of sanctions," he concluded.