Mangaluru, Apr 16: The Annual sports meet of St Agnes College (Autonomous) for the academic year 2021-22 was held on April 1. The Theme was ‘Fruits and Vegetables,’ based on the UN theme for the year. The chief guest for the inaugural function was Dr K S Prasad Panicker, The president of Asian Sports Federation, The president of Vivekananda Trust, chief editorial advisor for a Dalith Andholan Patrike. The guest of honour was Janet Jacintha Goveas Panicker, an Alumna of St Agnes and also a successful business woman. The principal of the college, Sr Dr M Venissa A C and the physical director Vasudha S were also present. The event was flagged off as the principal handed over the College flag to the sports secretary, Likitha Shetty.

The march past was led by the sports teams, NCC, NSS and followed by 25 class teams. They were dressed in vibrant colors and had props that represented their chosen theme. The marching teams were judged by sports directors of other colleges based on their marching, costume and creativity classwise. The chief guest Panicker, in his address, motivated students to participate in sports as it is integral for overall personality development. All the classes were introduced to the chief guest and guest of honour. The chief guest declared the annual sports meet open and symbolically the torch was lit up by the sports achievers and with the oath taking ceremony, the formal inaugural function came to an end. 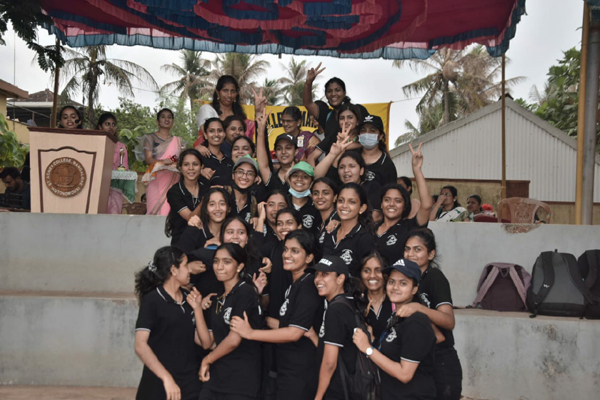 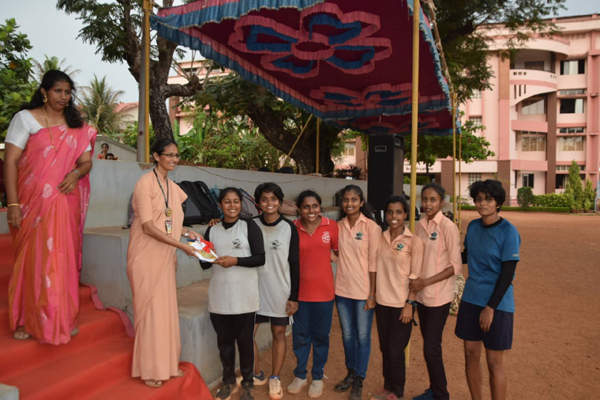 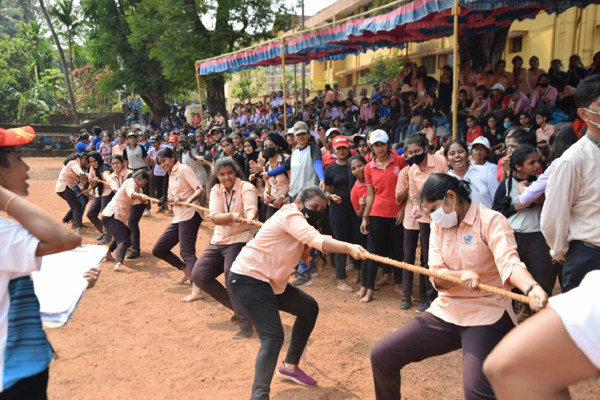 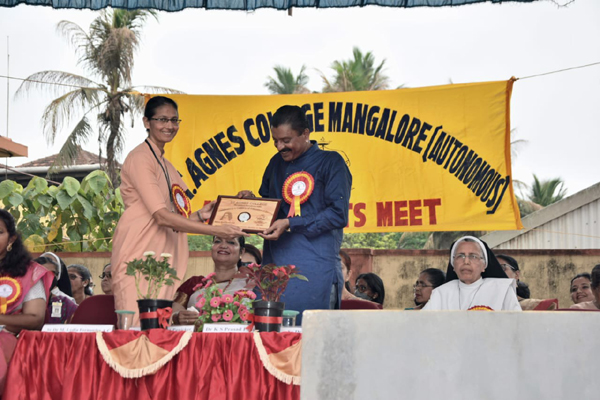 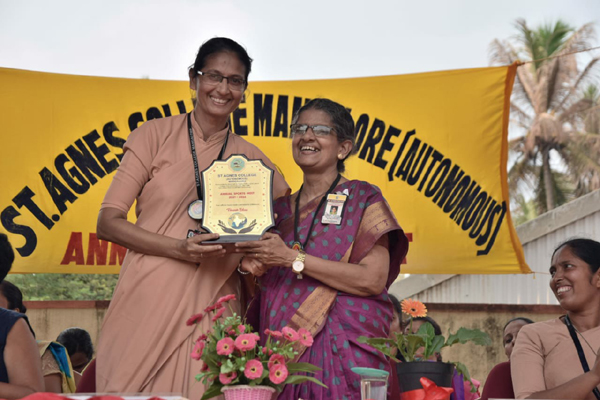 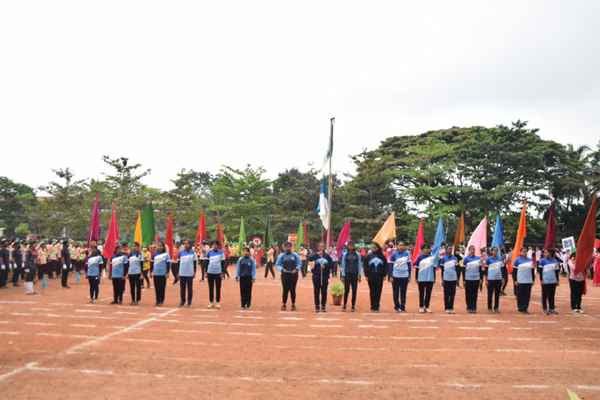 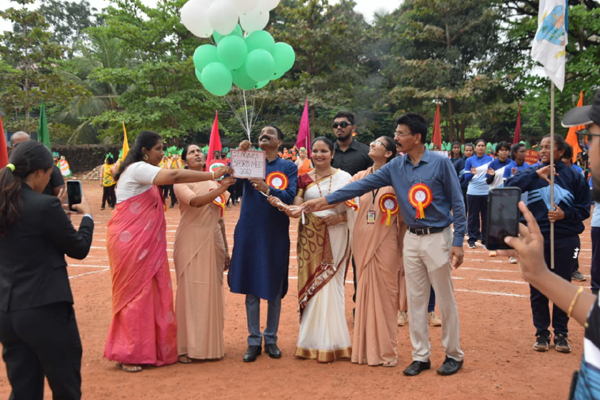 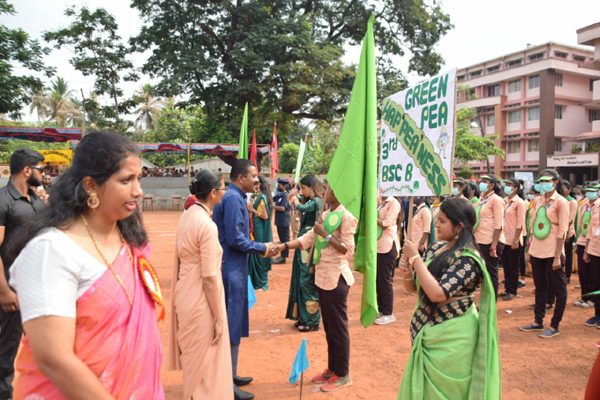 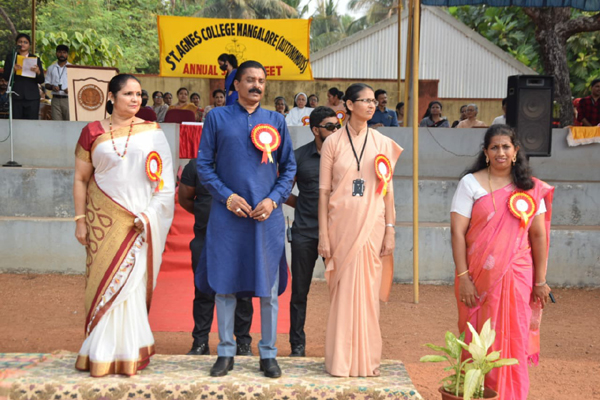 The informal function and activities started at 10.00 am sharp. It began with cheering competitions between classes. All the classes were provided 5+2 min time to cheer their classes. There were some spot games. Laghori and Dutch ball games were also conducted for students as well as for teaching and supporting staff. Simultaneously, Shot-put and discuss throw final round was conducted. A flash mob by sports volunteers was also one of the highlights of the programme.

All the final rounds of all the events were conducted in the noon and simultaneously the individual prizes were distributed. There was a walking race for women staff members and 100m race for the men. After all the events came to an end, the most awaited event was ‘Tug Of War’ between all the classes which had registered for the same.

The valedictory function started at 3.00 p.m. sharp. The chief guest was Dr Adelaide Saldanha, associate professor department of Mathematics, St Agnes College, Mangaluru. The other dignitaries included the principal Sr Dr M Venissa A C, vice principal Sr Clara Rodrigues A C, Jeanette, the vice president of the St Agnes Alumni association, Mangaluru Chapter. The physical director Vasudha was also present. The chief guest Dr Adelaide Saldanha addressed the students and gave a message of peace and love that could be achieved through sports. All the team prizes were distributed and overall championship was awarded to individual and as well as classes. The Annual Sports meet came to an end with the symbolic handing over of the college flag and the responsibilities to Prakrithi Shetty, the Sports secretary for academic year 2022-23. The Sports day ended with the singing of the National Anthem.