Doha, May 13: A community welcome was given to minister of state for external affairs and parliamentary affairs V Muraleedharan at ICC Ashoka Hall on May 8. The welcome reception was hosted by the Indian cultural center (ICC) in association with other Apex bodies viz. ICBF, IBPC, and ISC. The reception was attended by joint secretary Vipul, director external affairs, Chandru, HE ambassador to Qatar Dr Deepak Mittal, first secretary Xavier Dhanraj, and other officials from Indian Embassy.

ICC president PN Baburagan welcomed Murleedharan with a flower bouquet. In his welcome address thanked Murleedharan for visiting Qatar and in-person ICC. ICBF president Vinod Nair and MC, ISC president Dr Mohan Thomas and MC, IBPC president Jafer Sadik and MC, presidents, and MC of various associated organizations under all the four Apex bodies, community leaders, and Indians from all walks of life attended the reception. Special arrangements like providing AC cooled shamiyana with the big LED screen were provided for the comfortable seating of the people. Approximately 800 people attended the function. As many as 60 AOs felicitated Murleedharan in the traditional ways of their region. A golden Pearl memento was handed over by the presidents of all the Apex bodies to Murleedharan. 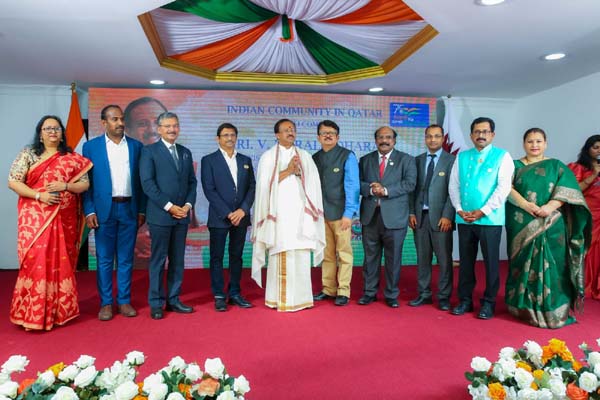 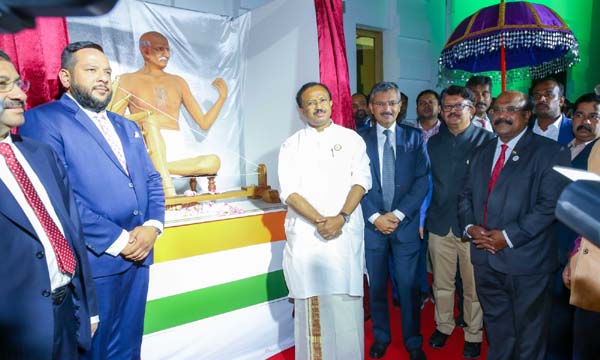 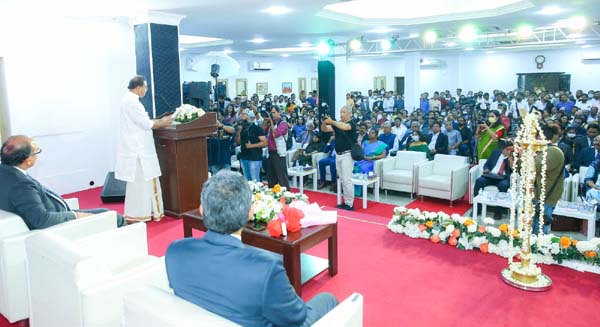 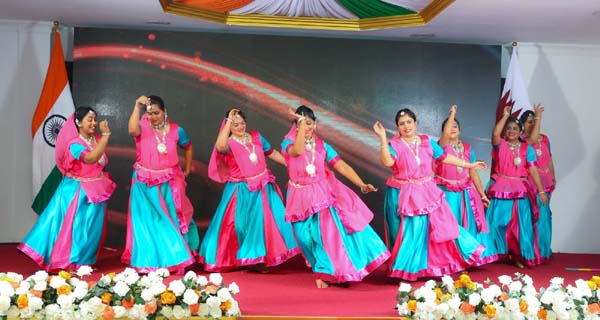 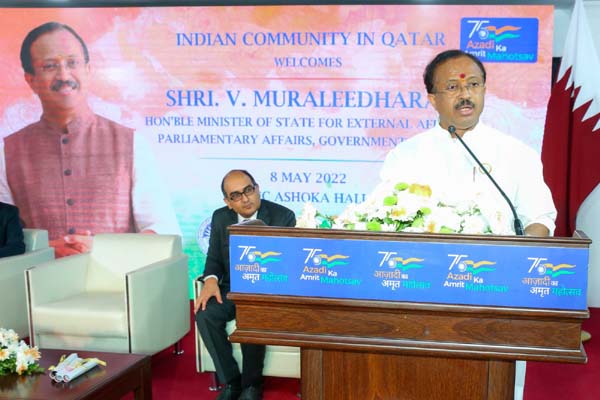 In his address to the gathering, Murleedharan highlighted India’s contribution to the global requirement during pandemic times and during war-like situations in various parts of the world for supplying essential items to the needy people. Murleedharn assured that various concerns raised by the Indian community related to visas for parents visiting Qatar or job-related issues will be discussed with Qatar officials and within the Indian External Ministry.

Earlier, on arrival at ICC, Murleedhran was greeted in Kerala traditional style by a troop of Chanda mala and Arti. Subsequently, he inaugurated Gandhiji’s status. A video event held by ICC and other Apex bodies as a part of Azadi Ka Amrut Mahatsov was shown. Various dances form depicting the cultural diversity of India were performed by the members of the Indian Community, which was much appreciated by the minister and the audience. Subramanya Hebbagelu, ICC vice president, Krishana Kumar ICC general secretary, and managing committee members, Sudhir Gupta, Arshad Ali, Shweta Koshti, Sajeev Satysheelan, Mohan Kumar, Kamal Thakur and Afzal along with members from the ICC youth forum and ICC student’s forum worked and coordinated in making this event a grand success.