Bengaluru, May 20: The state government has woken up well before the beginning of actual monsoon due to the incessant rains that are lashing Karnataka for the past few days.

Revenue minister R Ashok, who is also the vice president of the State Disaster Management Authority said that the state government was ready in all respects to face the monsoon and the NDRF teams are going to arrive next week itself.

Ashok spoke to the DCs of Hassan, Chikkamagalur, Dakshina Kannada, Udupi, Uttara Kannada, Kodagu, Shivamogga and Davanagere over video conferencing on Thursday and took stock of the situation and the measures taken to face the calamities. 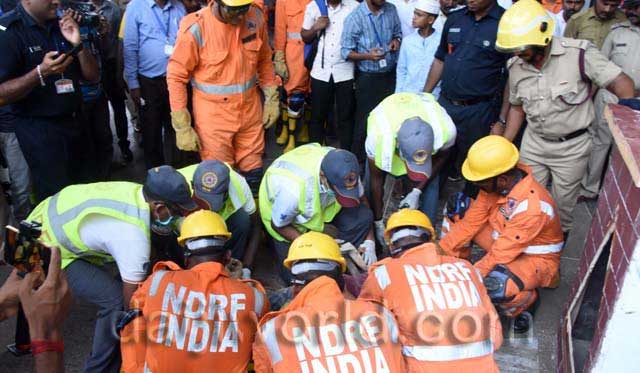 Speaking to the scribes after the video interaction, Ashok said, “I will write letters to the incharge ministers of all districts and request them to hold progress meetings. In the next three to four months, our operational pace should be high. The DCs have to personally visit the areas of landslide or floods and distribute the relief immediately. If there is damage to houses or loss of life, compensation needs to be provided within 48 hours. Control room should be alert 24x7. Food should be provided in relief centres as per the instructions of the department."

“In every district, one vehicle should be kept ready with all the required equipment to deal with the calamity. They should be used to remove the trees fallen on roads or to take people to safer places in case of floods or landslides. Four teams of NDRF will arrive within a week. One team will be ready in Bengaluru. DCs are instructed to procure all the required equipment immediately,” he claimed.