Monkeypox patients could be infectious for up to 4 weeks: Experts

New York, May 21 (IANS): Health experts have reportedly said that Monkeypox patients could pass on the disease for up to four weeks after symptoms appear.

Amesh Adalja, an emerging infectious diseases experts at John Hopkins University, made the warning in an interview that monkeypox patients could be infectious for up to four weeks, reports the DailyMail. 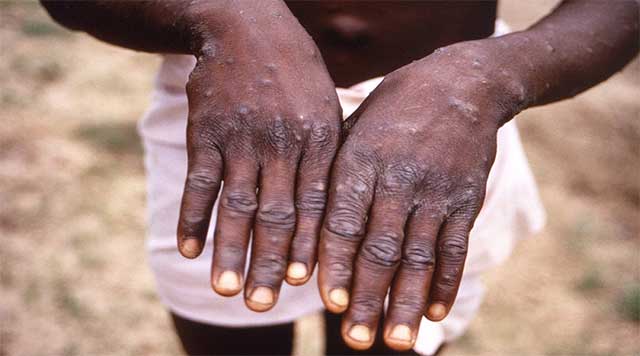 People who catch the virus initially suffer a fever before rashes and skin lesions appear on the face and body. The virus can then be passed on through touching the affected areas or via droplets expelled in coughs and sneezes.

"It can take a few weeks for the skin lesions to disappear. People are contagious until their active skin lesions have dissipated," he said.

Michael Head, a global health expert at Southampton University in England, agreed with his assertion, the report said.

"Based on previous monkeypox outbreaks and guidance from [UK health authorities] and WHO, the infectious period (i.e. when the virus can be transmitted to another person) can be comparable to the time period where the rash and blisters are present," Head said.

"This may be for two weeks, and may be longer," he added.

The month-long infectious period raises the likelihood that the virus could be passed on by infected patients to others.

More than 80 cases of monkeypox have been confirmed in at least 12 countries, the WHO has said.

The WHO mentioned another 50 suspected cases are being investigated, without naming any countries, and warned that more cases are likely to be reported.

Infections have been confirmed in nine European countries, as well as the US, Canada and Australia.

The Food and Drug Administration (FDA) approved a smallpox drug to treat monkeypox patients, while the WHO revealed it will hold daily meetings as the situation unfolds.

Title: Monkeypox patients could be infectious for up to 4 weeks: Experts