Udupi: A gruesome end to Bengaluru couple - suicide or murder?

Udupi, May 23: ASP Siddalingappa said that the police will investigate the death of the couple Yashwant Yadav and Jyoti, whose mortal remains were found in charred condition inside the car from all angles.

Speaking to reporters, Siddalingappa said, “We have registered an UDR at Brahmavar police station. We will also investigate the incident with an angle of murder. Prima facie it looks like an unnatural death.”

“We will assess whether Yashwant Yadav has sent the message from his mobile or someone else has sent the same. Both sat on the backseat of the car. The car was burning at the dead end of the road. Generally no one commits suicide by lighting fire inside the car. So many suspicions surround their death. We will investigate,” he said. 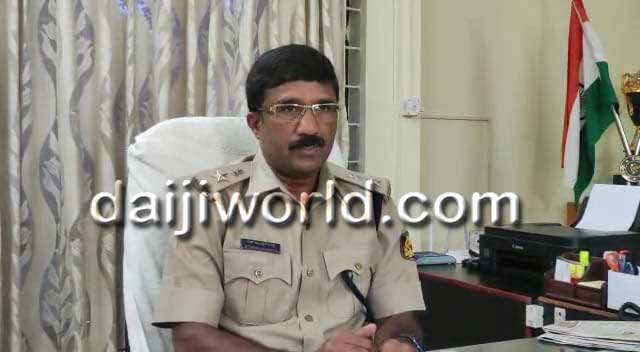 “The post-mortem was held at the KMC Hospital Manipal. Family members of Jyoti were not at all convinced. When they saw the video and the circumstantial evidence, they believed that their daughter is indeed dead,” the ASP said.

The mortal remains were cremated at Indrali crematorium.

A death note was found on Saturday in the rented house at Mangaluru, which the couple occupied. Yashwant Yadav belonged to Marathi community and Jyoti was from a scheduled caste. That is why there might have been issues in their marriage, Siddalingappa said.

“Both the families knew that they are in love. As Jyoti belonged to scheduled caste, Yashwant’s family was not happy. Yashwant and Jyoti did not get married. They just said that they were married while taking a house and a car on rent. They might have taken this step as they lost the courage to face the reality of their future lives. But their suicide is a step that is taken in haste,” the police officer said.

“Family members of both are extremely distraught as the couple were just 23 years old,” he said.