Udupi: City municipality general meeting gets over within one and half hour

Udupi, May 24: Probably for the first time ever, the general meeting of the city municipality here which was held at Satymurthi auditorium got over within one and half hour without much discussion.

At the beginning, Vijay Kodavoor questioned regarding the present status of the STP plant and the UGD system. He accused that bleaching powder was not being put in the STP plant to purify the water. He took to task the environment engineering officer and alleged that they are negligent about their work. He also appealed to remove the trees that had fallen in the Indrani river. 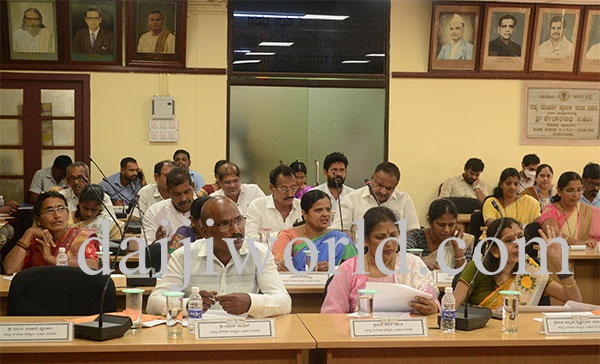 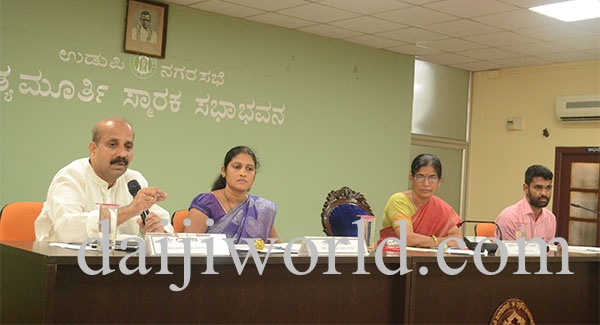 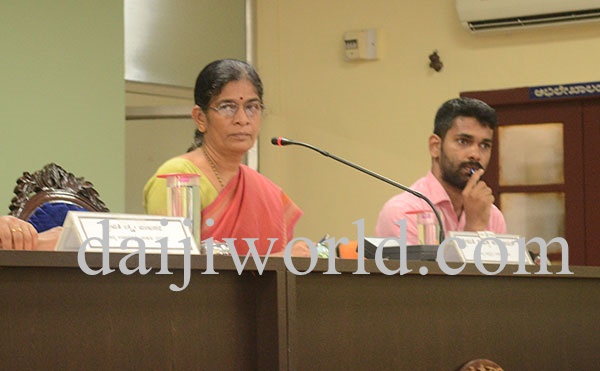 Responding to the STP plant question, president Sumitra Nayak said, “Approval at government level has already been given for UGD and STP work at a cost of Rs 338 crore. Once the grants are released the system will be improved.”

Members Ramesh Kanchan and Girish Anchan took the city municipality officials to task over road repair works, closing of pits, patch works and interlock work that is pending in the Varahi project.

Some members including Krishnamurthy Acharya alleged that the municipal officials were not preparing to face the monsoon calamities.
MLA Raghupati Bhat said that tender was processed for the demolition of old taluk office building and building a new city municipality building with commercial establishments at a cost of Rs 30 crore on an area of 66,000 to 70,000 square feet.

Bhat expressed dissatisfaction over the delay of Parkala road work. He said, “Due to the small mistakes done by the officials in land acquisition, we, the public representatives, are abused by the people. Tender is not processed due to some technical issue. I have held discussions with union minister Prahlad Joshi and appealed to him to send the work order within 45 days.”

As city municipality commissioner was on leave due to ill health, AW of CMC Yashwant Prabhu attended the meeting in his place.

Title: Udupi: City municipality general meeting gets over within one and half hour