Mangaluru, Jun 16: The cabinet investiture ceremony was held on June 9 at St Agnes CBSE School in Block II Hall with full pomp and enthusiasm. The inaugural ceremony began with a spectacular march past led by the cabinet ministers along with the school band. 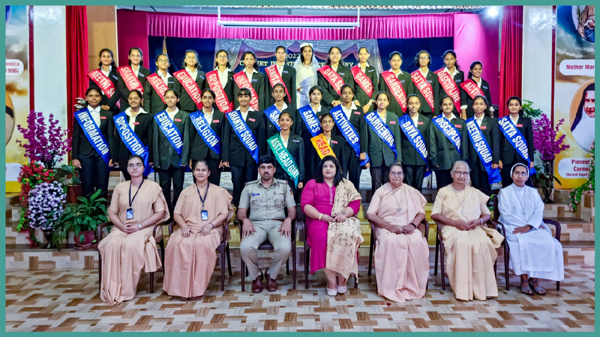 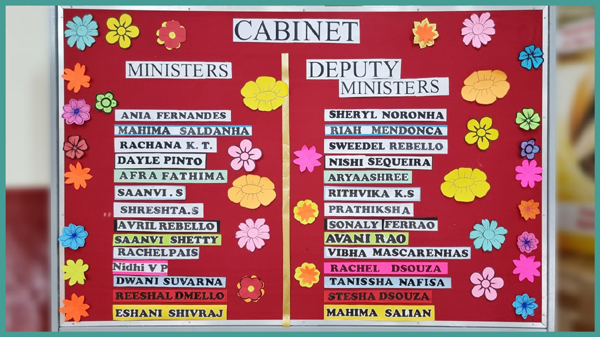 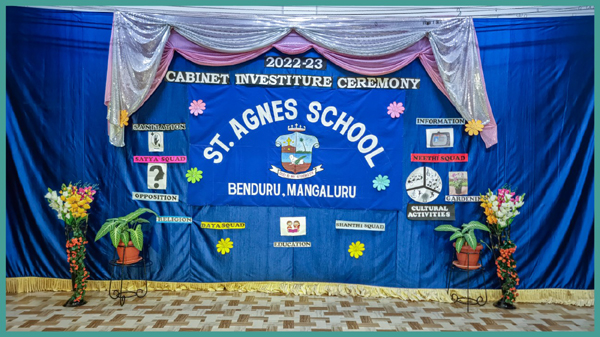 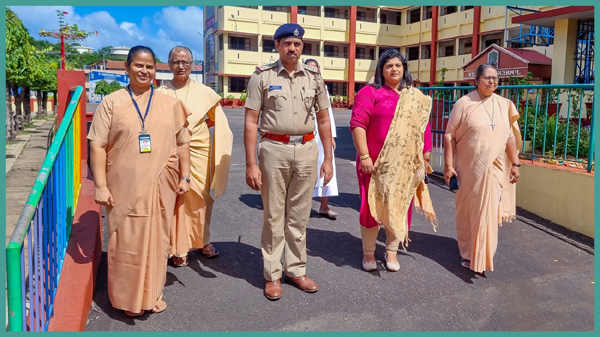 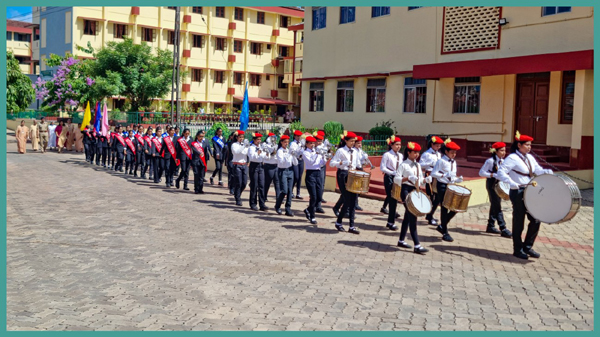 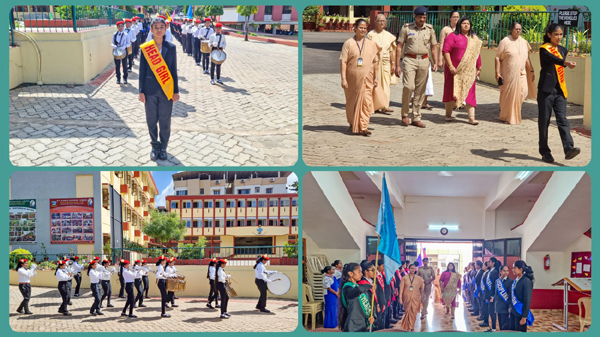 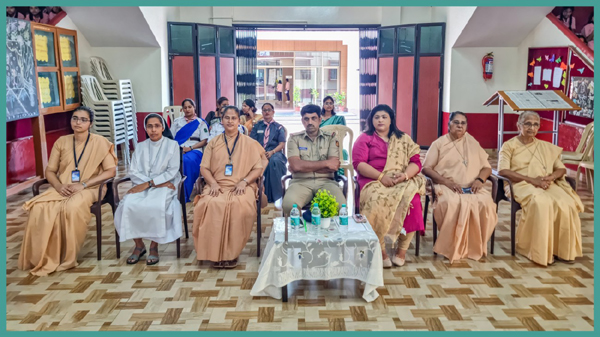 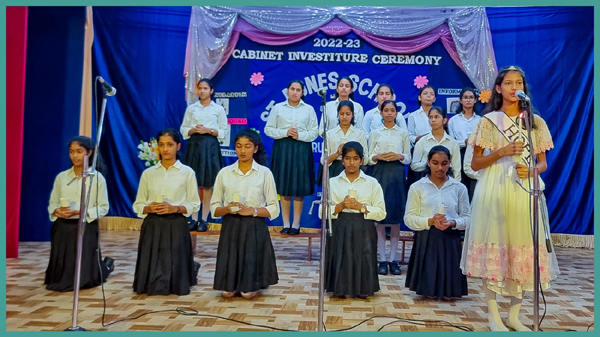 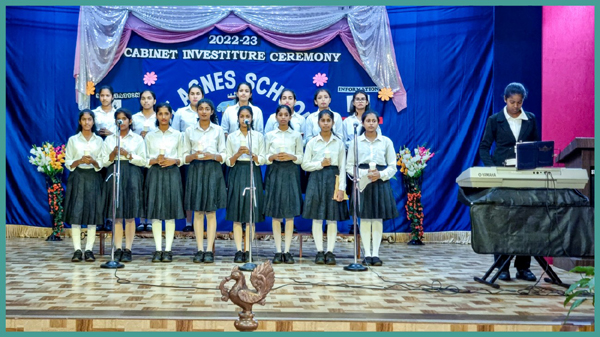 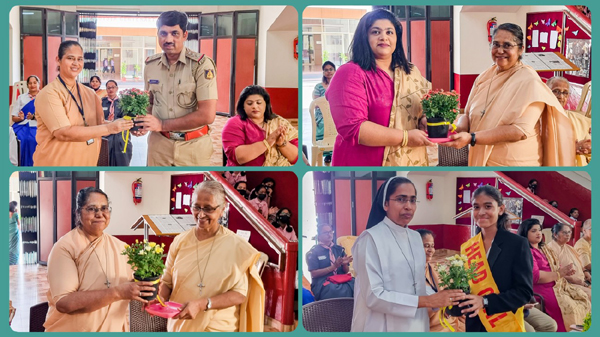 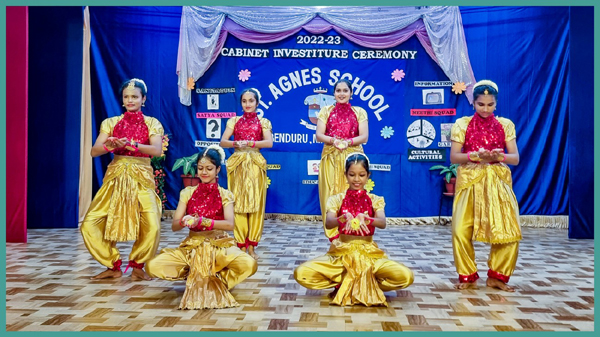 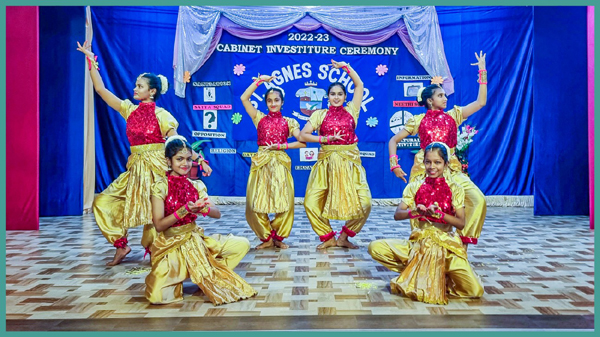 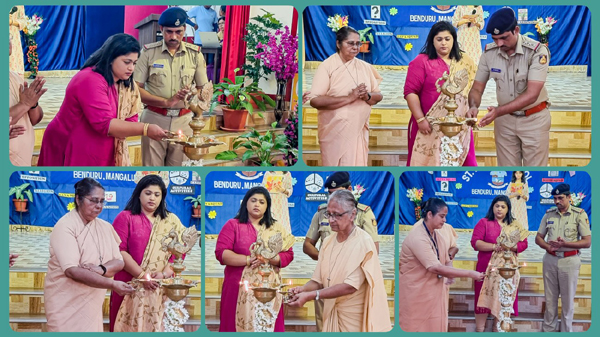 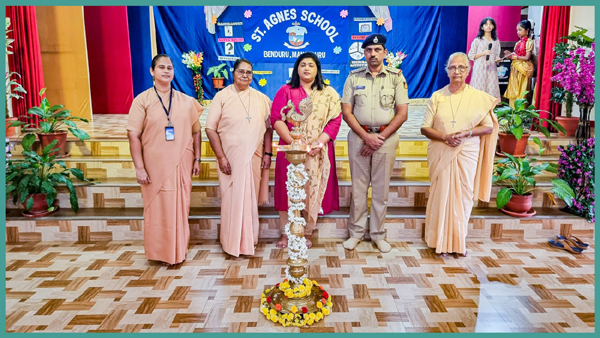 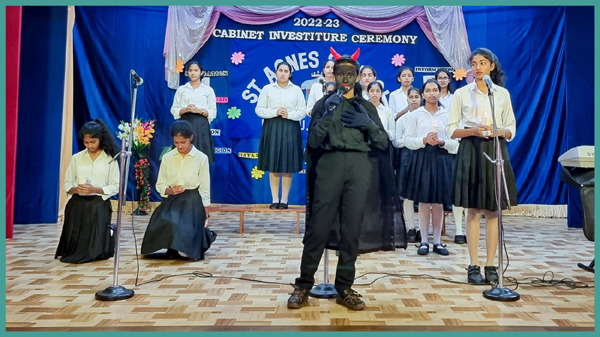 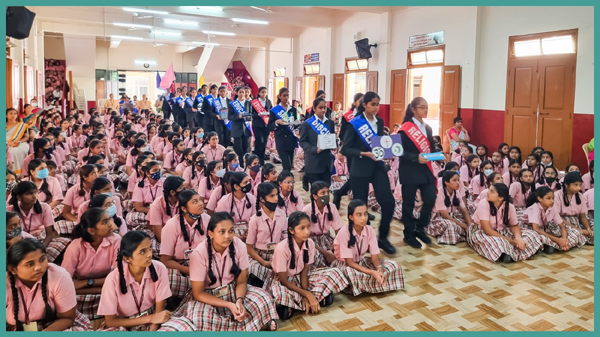 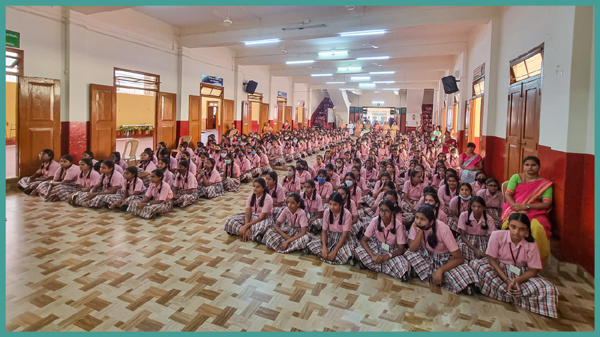 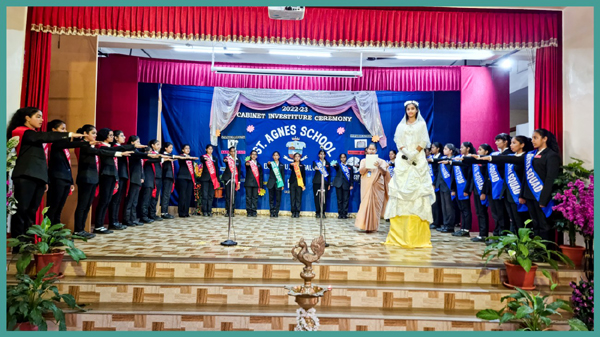 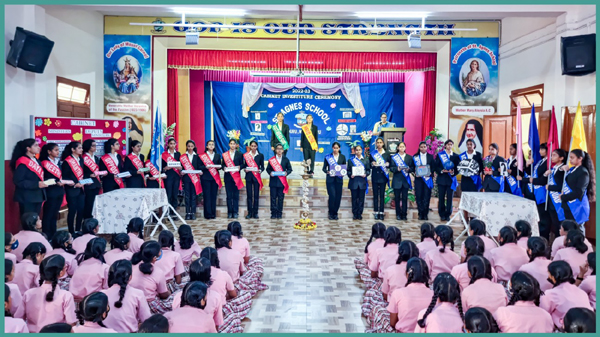 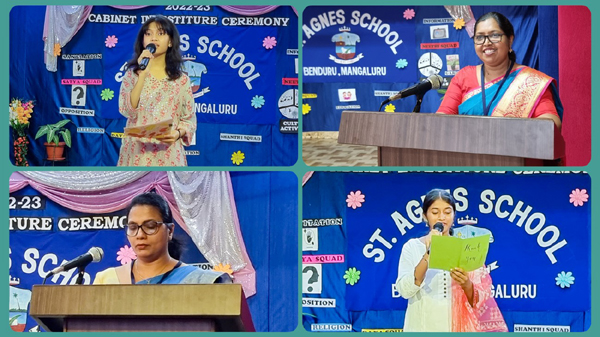 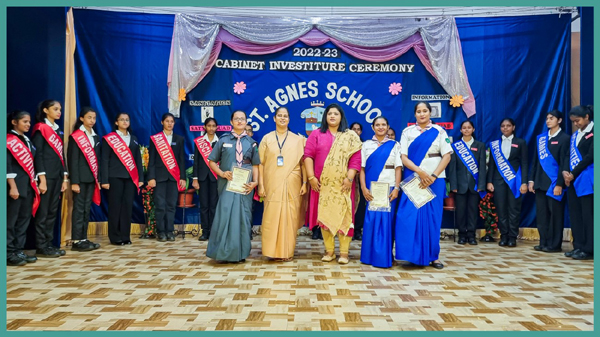 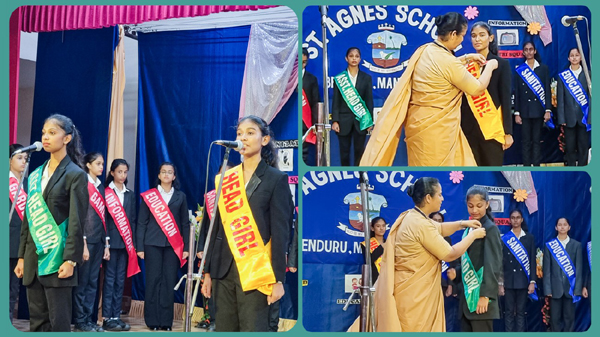 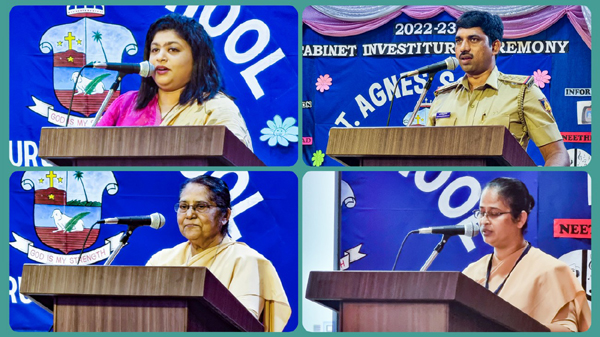 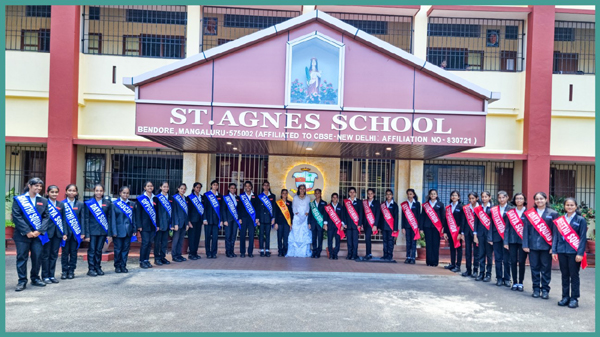 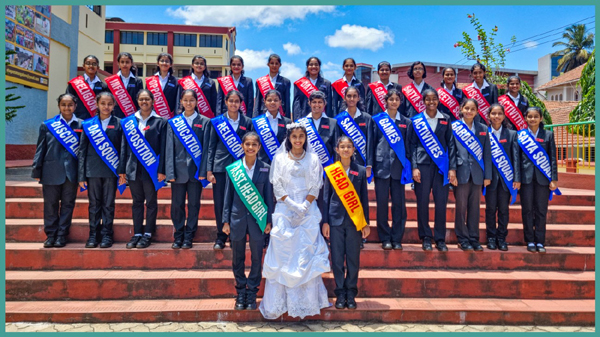 A meaningful prayer service was conducted by the students of grade X, followed by the lighting of the lamp which signified the removal of darkness and a move towards the path of wisdom and divinity.

The students welcomed the gathering with a welcome dance followed by a formal welcome by Voilet and the introduction of the chief guest and the guest of honour.
Josephine introduced the cabinet ministers. The head girl and the assistant head girl along with ministers were imparted with the duty of enhancing young leaders and pledged the oath of commitment, endurance and empowering of young minds of the school. Principal Sr Maria Gracilda AC pinned the badges and led the students in taking the oath. This was followed by the messages delivered by the dignitaries.

The chief guest, Sheryl Iona congratulated all the cabinet ministers and appreciated them for the well co-ordinated discipline. She mentioned that it was the right time to build leadership skills and prove their potentiality. Anantha Padmanabha, the guest of honour appreciated the event and expressed that the cabinet is the main administrative unit and all the ministers are chosen leaders.

Sr Dr Lydia Fernandes AC, the joint secretary, congratulated the cabinet and said it’s an opportunity given to all to be someone and to do something good. Principal Sr Maria Gracilda AC, congratulated the ministers for accepting the responsibility. She showed a motivational video by giving an example of the hard work of the ants, which was very inspiring. She also mentioned that the cabinet should always be ready to take charge of their responsibility. The programme was compered by Trisha Kumble, student of Grade X and Ashika D’cunha of grade X thanked the dignitaries and the audience for being a part of the event. The programme concluded with the school anthem. The occasion proved to be an exhilarating moment for all the cabinet ministers who were filled with zeal and zest to take up their responsibility.