Speaking to media persons in Bengaluru on Sunday, June 19, he claimed that Agneepath was a novel scheme. The system of inducting youth for military training is prevalent all over the world, he added.

“If the youth get military training at 17-21 years of age, they would get many opportunities after their stint in the military. They would be inducted into paramilitary forces. The scheme has been launched to have a young military and also well-trained, fit population," he said. 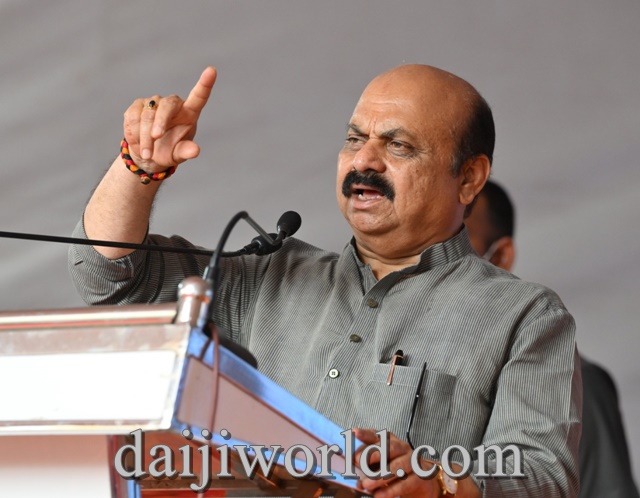 “The Union government is likely to address the apprehensions of those who have already written the exam. But violence and arson, setting fire to trains is unpardonable. Passengers are being inconvenienced, public property is being destroyed,” Bommai lamented.

“The violent protests all over the country is a politically motivated act. People will see and understand this very soon," CM said.

Replying to a question about protests against textbook review, Bommai said, “We will consider the suggestions of former prime minister H D Deve Gowda and the seers with an open mind. We have not made it a prestige issue. We are ready to rectify if there are any objections.’’

He said the State Government has immense respect for the veterans who toiled for the development of the country and the state, historical kings, renowned litterateurs.

“There will be no compromise on according them high respect. We are ready to go to any extent to teach the young generation about these great achievers,” Bommai said.

All the preparations for Prime Minister Narendra Modi's two day visit to the State on June 20 and 21 are complete, Bommai said.