Sullia, June 22: Two persons were injured after the driver of a Kerala State transport corporation bus lost control of the vehicle and fell into a farm on Tuesday, June 21 at Adkaarina Mavinakatte of Jalsuru village near here.

The bus was bound towards Sullia from Kasargod. It is said the driver lost control of the bus while he was allowing other vehicles to pass.

The bus stopped after falling into the farm. 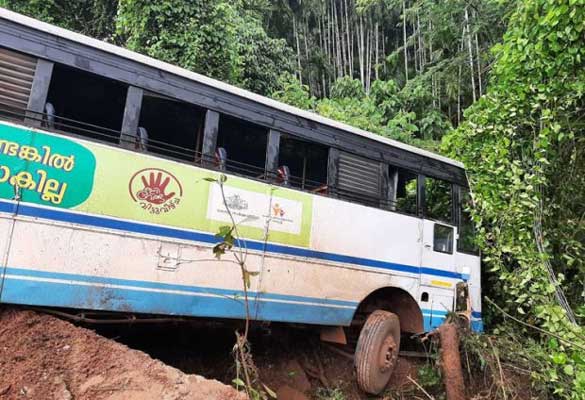 The injured have been admitted to the Sullia government hospital for treatment.

Reportedly, the bus had few passengers.