Bantwal, Jun 29: A video message warning those who go for a swim at Netravati river or going to the riverside about the presence of a crocodile in the river has gone viral on social media.

People near the river are now worried about the young crocodile in the river. It is said that the crocodile was found near Sarapady, Bantwal. 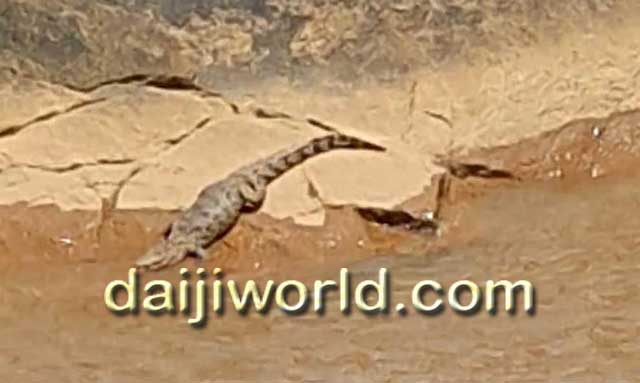 It is not confirmed if the video is that of Netravati river, Bantwal. A forest officer when enquired said that he only knows about the video that has gone viral and has no definite information on the same.

It is yet to be confirmed if the animal is really a crocodile.