Byndoor, Jun 29: An auto rickshaw driver exhibited an act of honesty by returning a gold chain to its owner who was his passenger.

Auto driver Anil Fernandes who had dropped a woman at Yadtere bypass in Byndoor taluk and found a gold chain belonging to a woman who had engaged his auto.

Yashoda had reached Byndoor from Bengaluru in the morning and the gold chain that she was wearing had accidentally fallen off while going home. 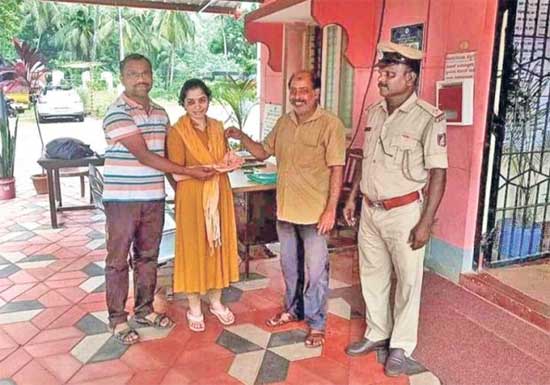 Anil dropped her home and found the gold chain at the Yadtare auto stand while he was cleaning his vehicle.

Anil handed over the gold chain immediately to Byndoor police who handed it over to Yashoda. The gold chain was valued at Rs 1.5 lac and it weighed 32 grams.