Udupi, Jun 29: A five-foot deep pit dug to erect a traffic signal on the national highway at Ambagilu seems to be death trap for motorists using the road.

There was pressure from the public for traffic signals or speed breakers to control the increasing traffic density in Udupi. Therefore, Manipal’s Tiger Circle was demolished for widening the highway and a traffic signal was erected on an experimental basis under Smart City Udupi project. 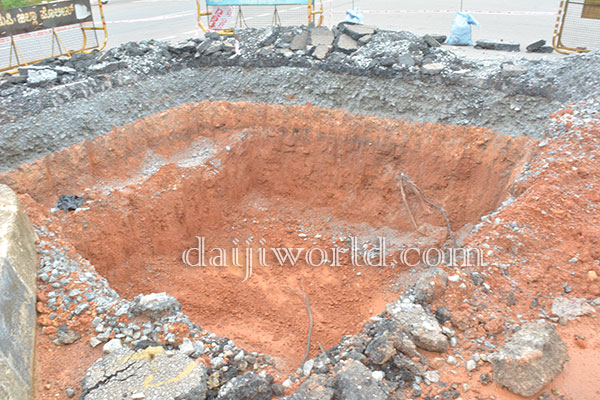 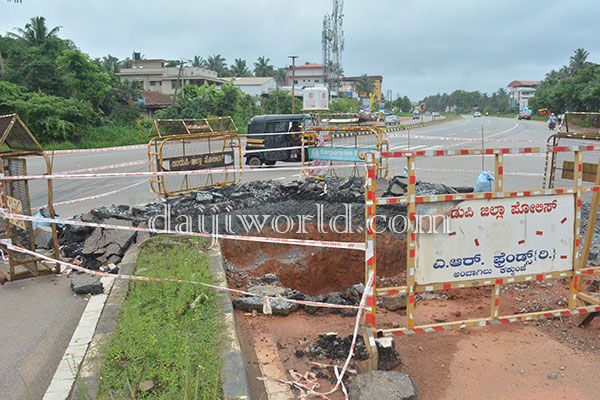 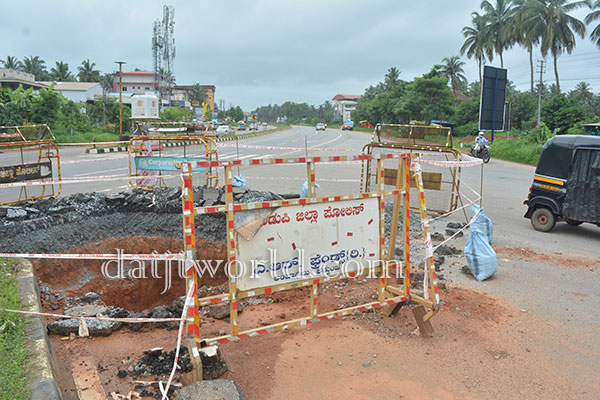 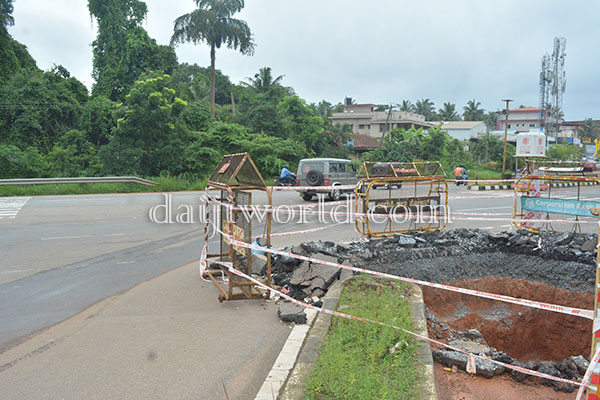 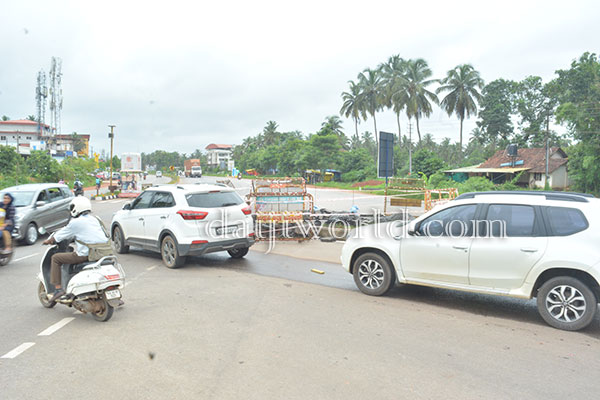 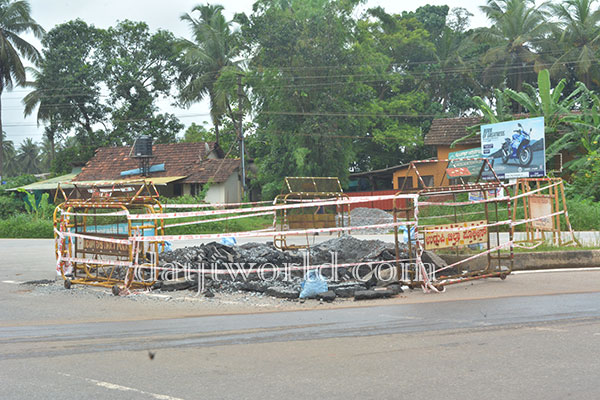 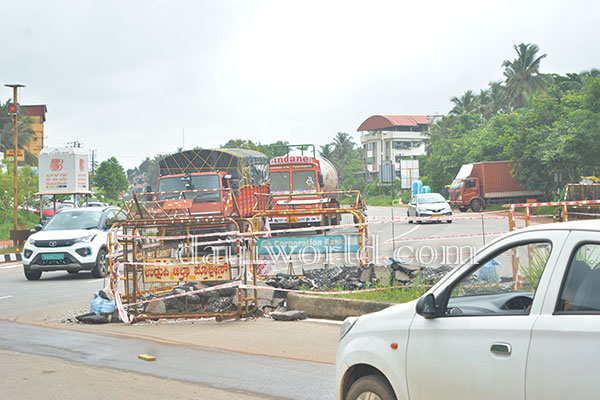 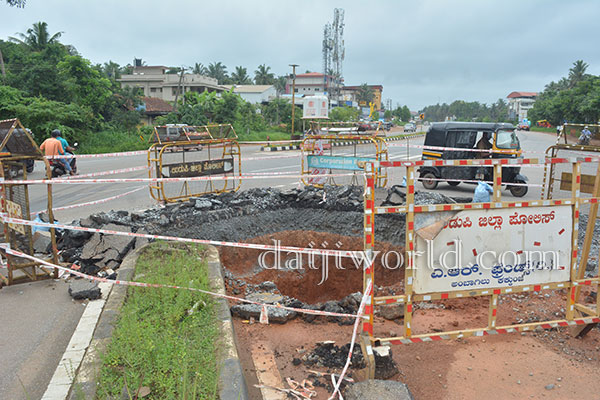 Ambagilu is another entrance to reach Udupi. It also directly connects national highway 66. To solve problems for smooth flow of traffic, there were plans to erect traffic signals like the one installed at Manipal, at other 12 traffic junctions in the city. As there is no suitable maintenance at the signal erected at Tiger Circle, it is necessary to run to cross the road.

The five-foot deep pit was dug for the second traffic signal near Ambagilu junction beside the national highway. There is no progress in the work even after a week. The national highway authority has obtained a stay order from the court to stop erecting signal lights on national highways. The Smart City work has stopped halfway and the pit has remained as it was. The members of the municipal council had raised the issue in their general meeting recently.

Mud is likely to cave in around the pit during rain. Sticks are erected around the pit and plastic tape is put up for the time being to warn the vehicles passing on the road. Officials should really think if it is safe enough to do so.

The municipal council approval, public wellbeing and safety of lives is equally important during implementation of Smart City projects. The present incident shows that work is being done violating rules. Motorists are facing danger and the concerned department needs to wake up and take action before an untoward incident takes place.