The accused had made a collage of Harsha murder case photos along with theirs on the WhatsApp status and added a film dialogue to it.

The post celebrated the murder of Bajrang Dal member and projected the accused boys as the ones who killed him. Realising the sensitivity of the matter that it could spark communal tensions, police launched a search for the boys and detained them. 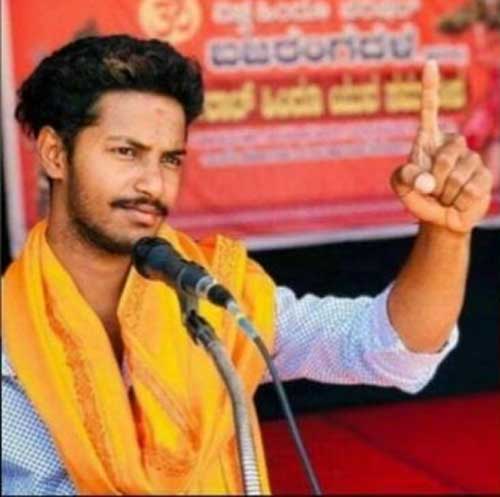 Shivamogga SP B M Lakshmi Prasad has confirmed that the police department has lodged suo motu cases against four boys for sharing posts which could disturb communal harmony. A hunt has been launched for the other two.

Harsha was hacked to death by a gang of miscreants in February at the height of the hijab crisis triggering concerns and law and order situation.

Popularly known as Harsha Hindu, Harsha was in the forefront of Hindutva activities and questioned illegal transportation of cows. He shared fierce Hindutva messages on his social media accounts and also commented on the hijab issue.

The murder has led to widespread violence and threatened to spread all over the state. The police department had clamped curfew orders since last Monday and as many as 2,000 policemen have been deputed to ensure no untoward incident happens.

The ruling BJP is claimed that few organisations are trying to give a message through the murder. The opposition Congress maintained that as elections are nearing, the BJP wants to take political advantage of the murder.

Meanwhile, the government is also probing on the connections of the murder with the hijab row that has turned into a crisis in the state. The larger bench which has been constituted has already completed the hearing of the case and posted the matter for judgment. The case is now being probed by the National Intelligence Agency.