Bengaluru, Jul 2 (IANS): Hindu activists and local groups, who are seeking permission to hold celebration of Hindu festivals, national days in Idgah Maidan in Bengaluru, have decided to hold a meeting on Sunday over confusing remarks by the Bruhat Bengaluru Mahanagara Palike (BBMP) on the issue.

Chamarajpet Citizens' Federation has condemned the confusing remarks by the BBMP with regard to the ownership of the "controversial" Idgah Maidan, located in Chamarajpet locality. Initially, the BBMP claimed that it owns the property and it is a playground. 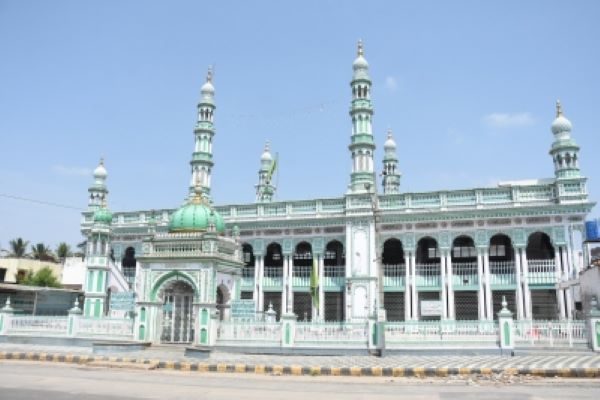 The federation has slammed BBMP for its confusing statements over the issue. The meeting will be held in Jangama Mutt at 10.30 a.m.

The meeting will be attended by Hindu activists, thinkers, local leaders. The federation has also given a call to people to take part in the meeting. It has claimed that Idgah Maidan is the property of BBMP and all citizens should come forward to preserve it.

The federation members are distributing handbills in this regard and carrying out door to door campaigns in the locality. The members explain that they have already distributed 10,000 handbills so far.

The Hindu activists are demanding the ruling BJP government must intervene into the matter.

The federation slammed local Chamrajpet MLA Zameer Ahmad Khan asking whether he is MLA only for people following one particular religion.