Tehran, Jul 5 (IANS): Iranian President Ebrahim Raisi has slammed the "irresponsible" move by the US and the E3 group of France, the UK and Germany to propose the anti-Tehran resolution to the Board of Governors of the International Atomic Energy Agency (IAEA) while talks to revive the 2015 deal were underway.

Making the remarks in a meeting with the new Swiss ambassador to Tehran Nadine Olivieri Lozano, Raisi said the move was also "in violation of the spirit of negotiation and agreement and indicative of the four countries' contradictory behaviour", reports Xinhua news agency. 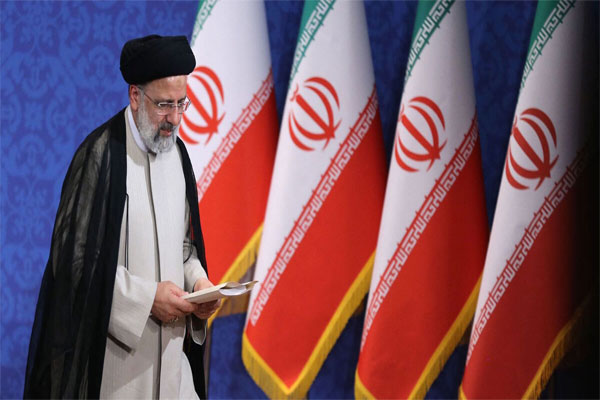 He stressed that the US should decide to remain committed to the requirements of the negotiation and agreement.

Raisi noted that the US and the three European countries are suffering from a miscalculation toward Tehran, expressing hope that Switzerland's new Ambassador would reflect Iran's realities to other states so that they realize that despite all the hostilities, the Islamic Republic has continued its progress and that the hegemonic policies have had reverse impacts on it.

In June, the IAEA's Board of Governors passed an anti-Iran resolution proposed by the US, UK, France and Germany following the agency's reports that Tehran had not provided "technically credible explanations" for uranium particles at three undeclared sites.

Iranian officials, however, have insisted that the country did not carry out any clandestine or unrecorded nuclear activities.

In the wake of the adoption of the IAEA resolution, the Atomic Energy Organization of Iran announced its decision to take a number of measures, including turning off the the Geneva-based watchdog's surveillance cameras at its sites.

Iran signed the nuclear deal, formally known as the Joint Comprehensive Plan of Action (JCPOA), with the world powers in July 2015, agreeing to curb its nuclear program in return for the removal of sanctions on the country.

However, former US President Donald Trump pulled out of the deal in May 2018 and reimposed unilateral sanctions on Tehran, prompting the latter to drop some of its commitments under the pact.

The talks on the revival of the 2015 nuclear deal began in April 2021 in Vienna, but were suspended in March this year because of political differences between Tehran and Washington.

After a three-month pause, the talks resumed on June 29-30 in the Qatari capital Doha, but it failed to result in any agreement to settle the remaining differences.