Sunburn asked to give platform to local Goan talent too

Panaji, Jul 7 (IANS): The Goa government on Wednesday gave in principle approval to the popular Sunburn Electronic Dance Music festival, on the condition that it also gives a platform for Goan musical bands, DJs, and individual performers.

Started in 2007 in Goa, the Sunburn festival attracts thousands of music lovers from Indian and abroad to the coastal state.

Tourism Minister Rohan Khaunte told media persons that in principle approval has been given to Sunburn, after watching their presentation in the Tourism Board meeting. 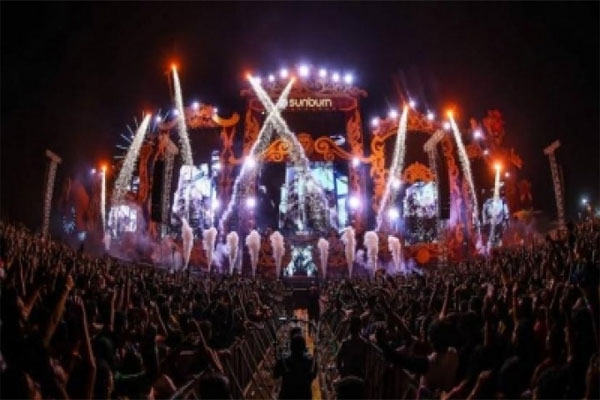 "I had clearly told Sunburn organisers that the government will not take only EDM, but we need to showcase Goan culture also. They have made a presentation. I have asked them to hold the event for four days instead of three days, but the whole theme around the festival should be of Goa and stages dedicated to Goans," he said.

He said that Sunburn organisers' presentation is as per the wishes of the government.

"Again, they will be giving more details. But they have accepted our concept, if the world comes for EDM, then Goans who are also able to showcase their talent whether it is DJs, bands, individual talents like (noted percussionist) Bondo or whoever... Goans need to be given a platform," he said.

He said that Goan musicians in different flavours should get exposure to world festivals. "They need to give a platform for Goan musicians,"he said.

Title: Sunburn asked to give platform to local Goan talent too