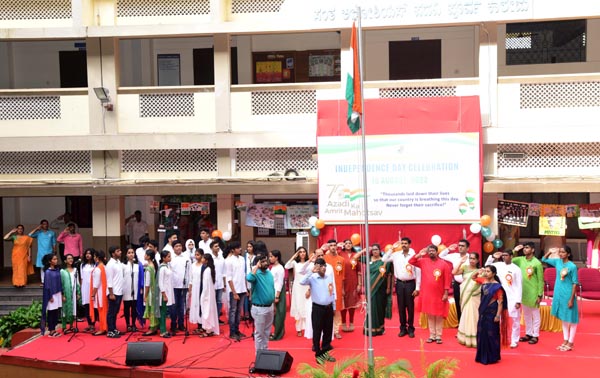 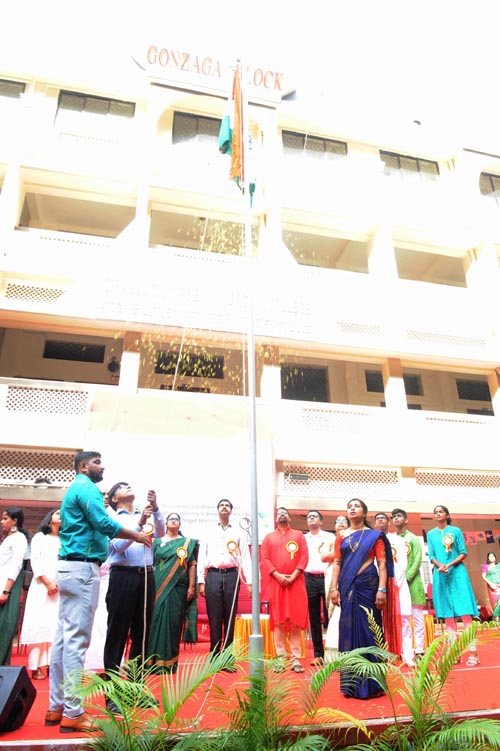 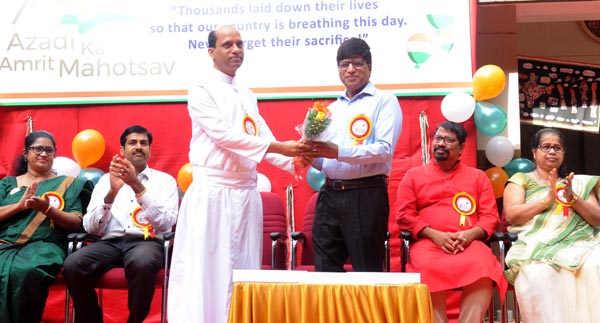 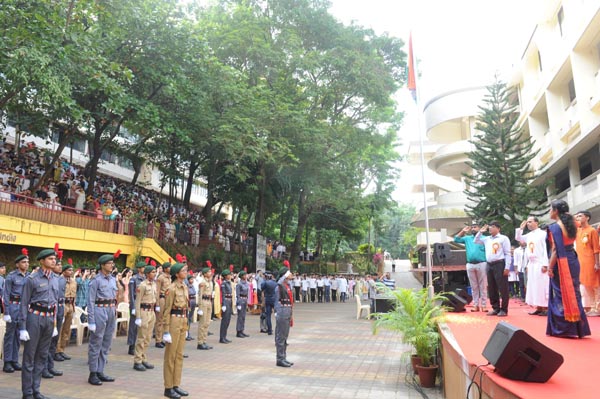 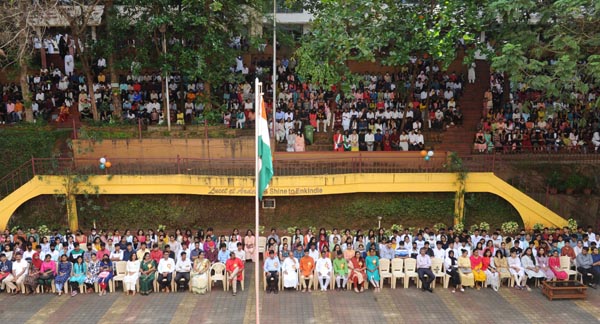 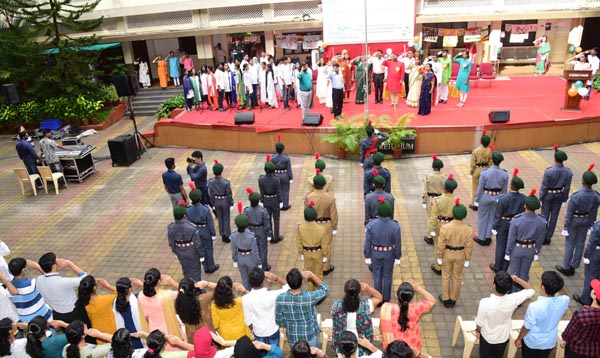 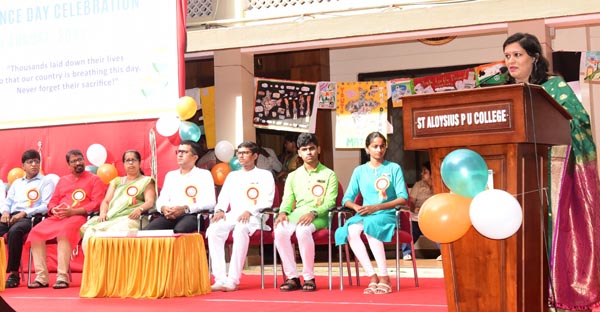 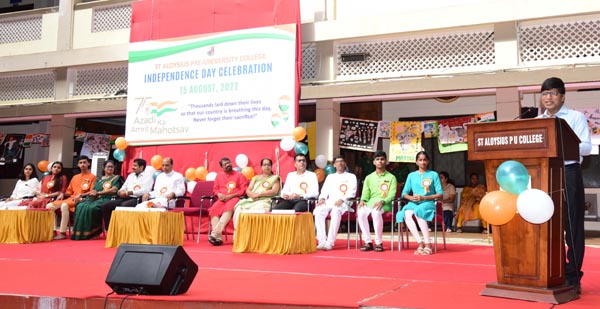 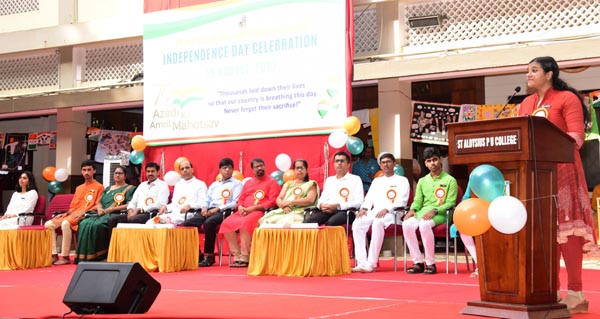 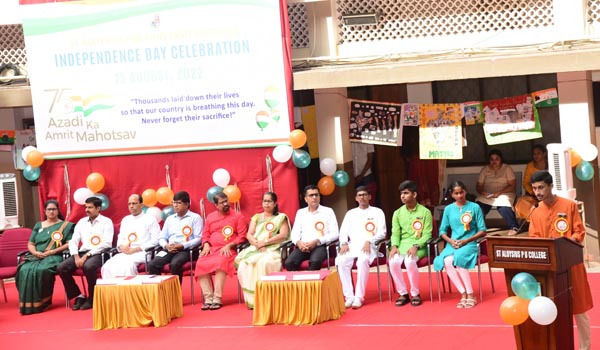 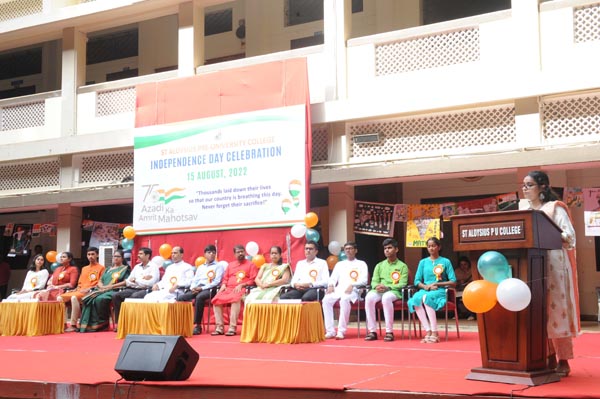 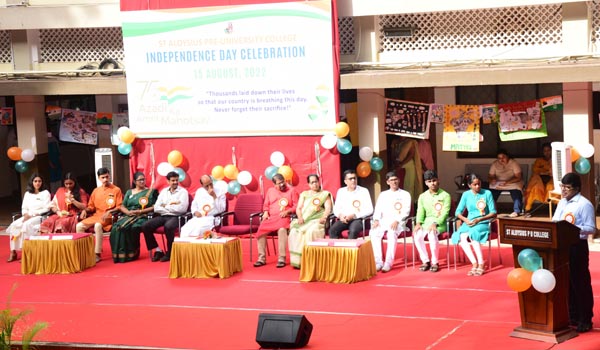 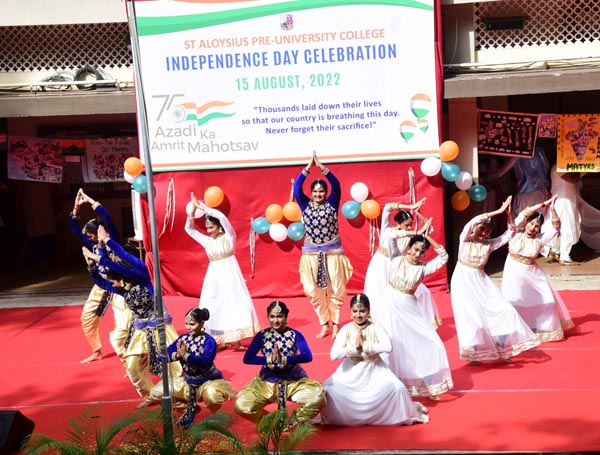 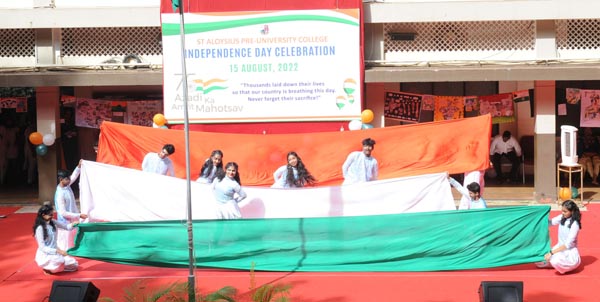 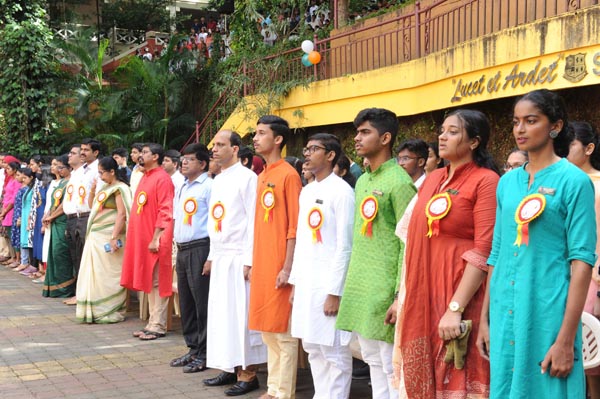 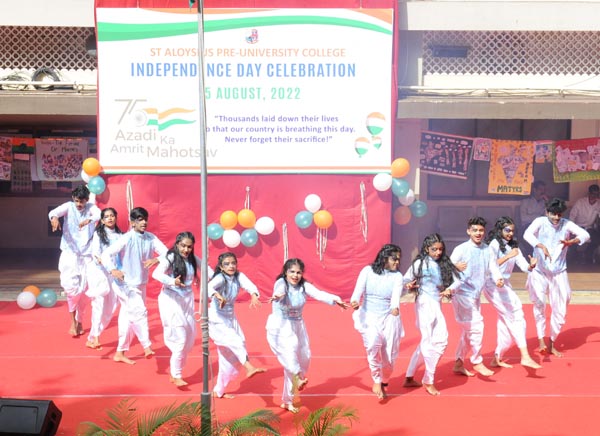 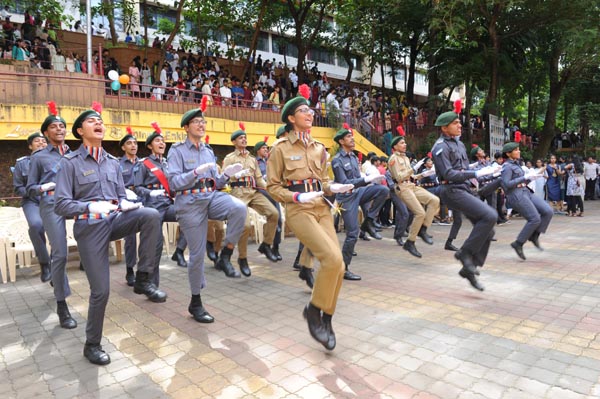 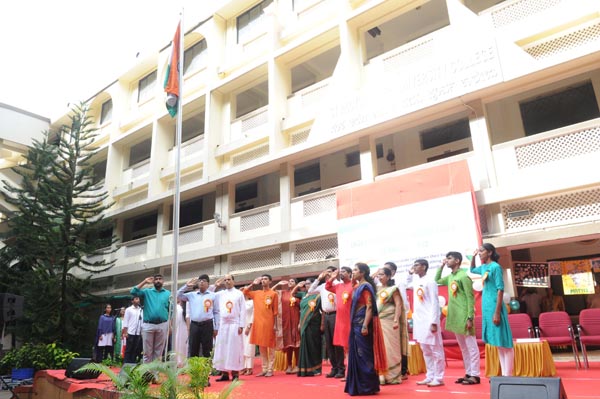 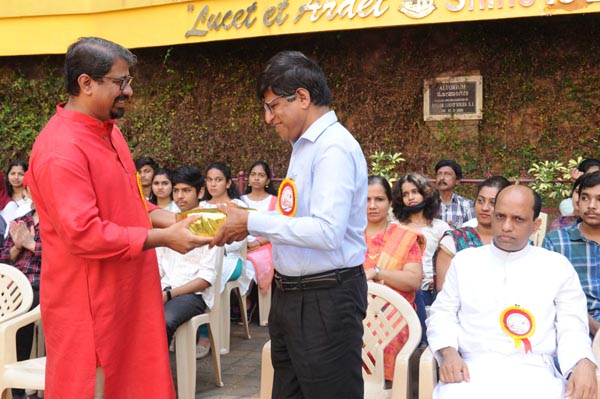 In his address, the chief guest, Ramdas Mallya, conveyed his deep appreciation on being the integral part of the celebratory programme. He highlighted the little known history of the germination of the freedom struggle and how the day celebrates the sacrifices of our freedom fighters. WO Ramdas provided instances from the history of Indian struggle that must never be forgotten. He spoke of the two campaigns started by the Government marking the 75th anniversary of Indian independence, namely, Azadi Ka Amrit Mahotsav and Har Ghar Tiranga, and of the relevance of the National Flag. He also recollected his time in the Indian Air Force and about the accolades that our country has received for its unprecedented contribution in the recent years. Concluding his remarks, he urged the gathering to dedicate themselves to the good of the country and to keep alive its unity and diversity. He also gave away prizes for various competitions conducted as a part of Azaadi ka Amrith Mahotsav.

Anvi Shetty,sStudent council vice-president spoke about the importance of Independence Day and how students can shape and form the future of the country. Anvi stated that the youth have a great responsibility to carry forward the legacy of this great Nation. She felt that we should not hesitate to take a stand and speak up, if things are not going well. She suggested the students to take the path of self- improvement and become a better version of themselves to help everyone maintain brotherhood and protect the Nation.

Pramila Patrao, HOD, department of Biology, spoke on the achievements and glory of 75 years of Independence. She felt that the human resources are the greatest resource of a Nation and this was exploited to the maximum during the British rule. She asked the students to turn themselves into better human resources for the country by becoming courageous and responsible citizens and address issues like inequality, injustice, and come under the tricolour as one Nation by breaking the boundaries of religion, caste, creed and gender.

As a part of these historic celebrations National Flags were distributed to the students to participate in the ‘Har Ghar Tiranga’ campaign. Competitions like painting, elocution, collage making etc. on patriotic themes were also conducted to make the vent memorable.

The cultural team gave an exuberant performance with a medley of patriotic songs and lively dance performances at the end of the event. The programme concluded with a vote of thanks by the Convenor of the program, Mr. John Vishlim, followed by the College anthem. Dhanvi of I PU and Chirag of II PU compered the programme.

The winners of various Competitions are as follows:
Elocution Competition