Udupi, Aug 15: The 76th  Independence Day celebrations at Manipal Academy of Higher Education was held with pomp and show amidst patriotic fervor.

Dr H S Ballal, pro chancellor, MAHE was the chief guest of the function who hoisted the national flag and inspected the parade contingents in a 1955 Willis jeep. A total of twenty-three contingents participated in an excellent display of coordination and composure. 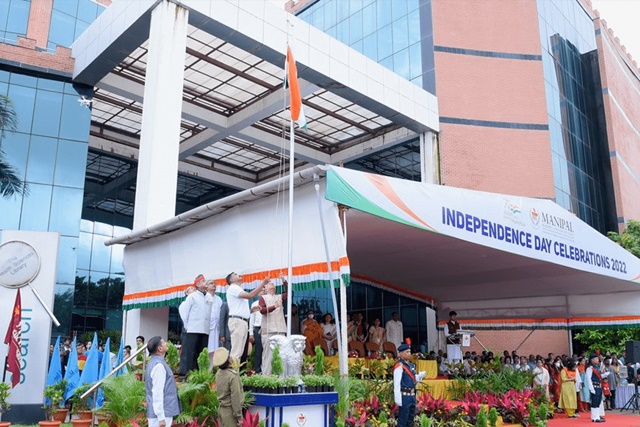 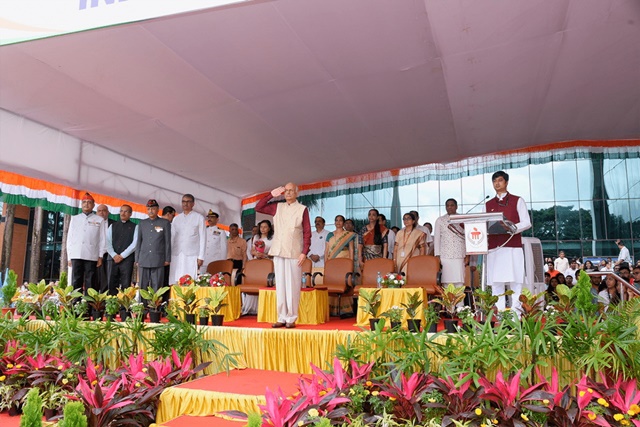 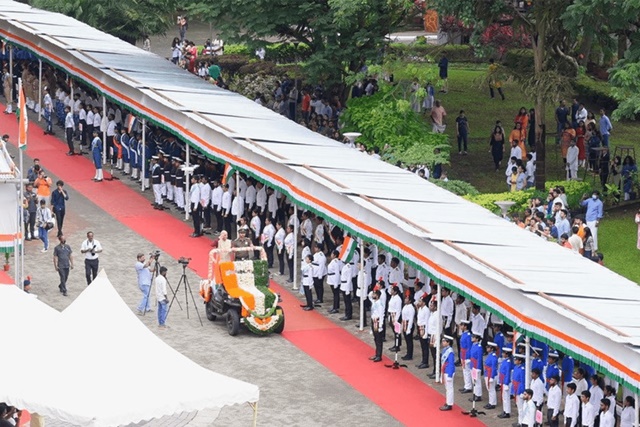 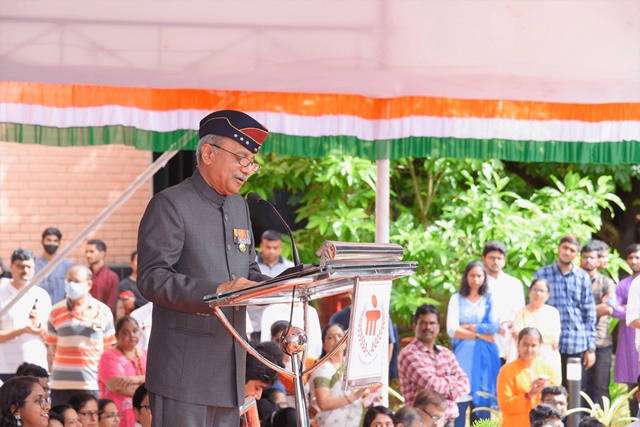 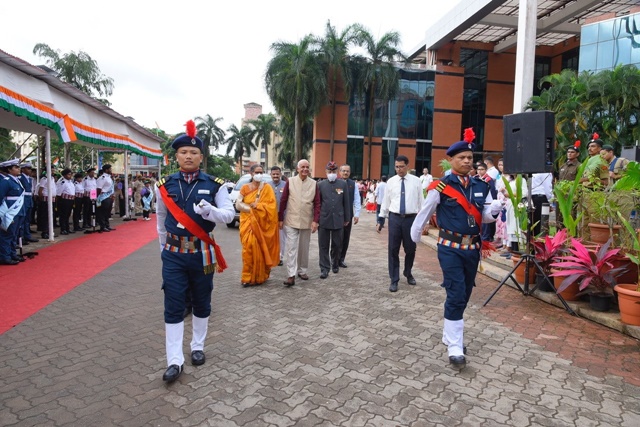 The vice chancellor of MAHE, Lt Gen Dr M D Venkatesh delivered the Independence Day message. He emphasized on the fact how India leads in many fields such as information-technology, banking technology and others and exhorted the youth to work towards taking India to the pinnacle it truly deserves. The vice-chancellor congratulated the marching contingents for their professional conduct.

Awards were given for the top contingents in march-past with WGSHA bagging the first, Manipal School of Life Sciences the second and Manipal College of Health Professions the third prize. Awards were also given to colleges that won in the student variety competition conducted earlier by Cultural Coordination Committee, MAHE.

The function was coordinated by Melaka Manipal Medical College (Manipal Campus). Dr Ullas Kamath, dean of MMMC delivered the welcome address, Lt Dhundesh Chiniwar was the parade commander and Dr Sambit Dash was the master of the ceremony.