San Francisco, Aug 16 (IANS): After people spotted the resemblances between the baby's face and that of Meta CEO Mark Zuckerberg, images of a sculpture of Mother Mary and baby Jesus have gone viral and left some Twitterati in splits.

"This baby Jesus sculpture at LA Museum of Art looks like Mark Zuckerberg," the user tweeted with pictures of Mother Mary and baby Jesus from the Los Angeles Museum of Art. 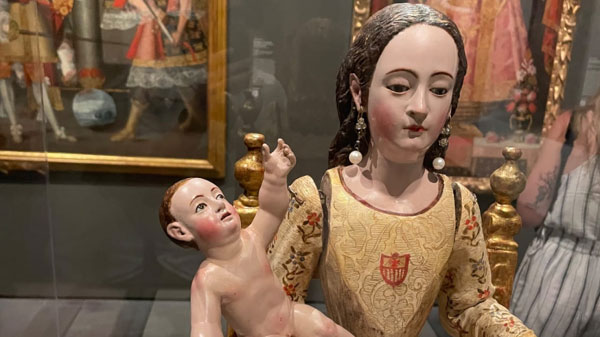 While replying to Dorsey, a user wrote that it is an insult in the name of art.

"Sad to see this in the name of art. It is insulting to see something this holy made fun of. His privates are on display. Some limits are not to be broken, period! A baby pic naked online is a crime, but a sculpture of this important's naked is ok?" the user wrote.

"When was the art from? Zuck's haircut was inspired by Julius Caesar, who was born in 100 BC," a user wrote.

"Mark Zuckerberg sold our data to enrich himself. Mark Zuckerberg may look like the infant Jesus Sculpture, but his soul is definitely not Christ-like," taking a jibe at the Meta CEO, another user said.