Daijiworld Media Network - Puttur
Puttur, Aug 16: Even as the country celebrates 'Azadi Ka Amrit Mahotsav' this year it is time to remember, recall and respect all the political sufferers and freedom fighters who have fought for India's independence.

Mahatma Gandhi who played a key role in India's freedom struggle is remembered for his visit to Dakshina Kannada district. He was on a visit to Puttur as part of the campaign to eradicate untouchability against the dalits.

He was instrumental in galvanising the freedom struggle and in ensuring equality in society especially with regard to the dalits. 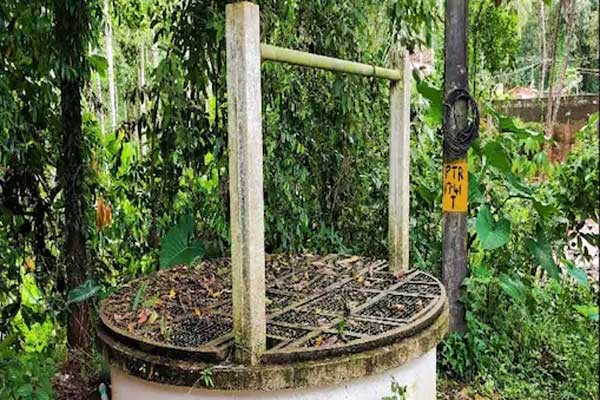 In 1934, Mahatma Gandhi had paid a visit to Puttur on his way from Sullia by foot. He was received then by M S Kille, Mallya, Molahalli Shivarayaru and Shivarama Karanth among other luminaries. Gandhi had participated in a small meeting below a large peepal tree at the present Puttur government bus station.

Gandhi had given a call to eradicate untouchability. He paid a visit to two dalit colonies in Puttur and in particular his visit to Ragikumeru colony is still remembered. There was no supply of drinking water to the families of Ragikumeru. It is said that people of the colony were consuming drainage water that was flowing adjacent to their colony. Noticing this, Gandhi directed his confidants to immediately construct a well which exists even to this day next to the Ragikumeru road.

The youths have come to know of Gandhi's visit to the colony today. Gandhi's visit was and has been fondly remembered by the people of the colony as he had directed his confidants to construct a well at a time when the region was facing a shortage of food.

This well falls under the ambit of the city municipal council. However, the water in the well is not being widely used these days as adequate drinking water is being supplied through pipelines to the inhabitants of Puttur. But, the existence of this well brings back memories of Gandhi among the people of Puttur and Gandhi's largesse in getting a well constructed.

The lives of the residents of Ragikumeru have considerably improved but residents feel a lot more needs to be done.