Media Release
Riyadh, Aug 19: In a colourful atmosphere of festivities, the Indian Social forum Riyadh central committee, Saudi Arabia organized a grand celebration of 75 years of Independence of India, in Riyadh as part and parcel of 'Azadi Ka Amrit Mahotsav'.
Inaugurating the celebration Abdul Ahad Siddiqui (president, Indian National Forum Riyadh) highlighted the unparalleled contribution of the unsung heroes and the sacrifices they made, to achieve the freedom of our country. Delivering the presidential address Abdul Latheef (secretary of Indian Social Forum, central committee) explained the meaning of independence and the significance of upholding the spirit of freedom. 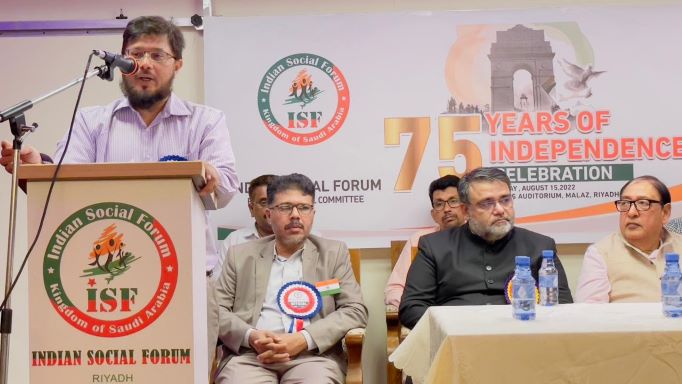 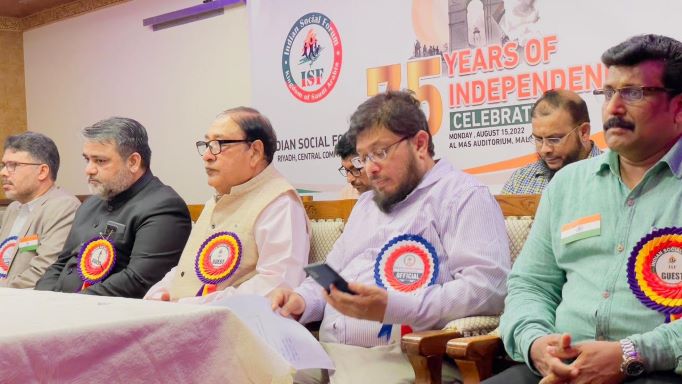 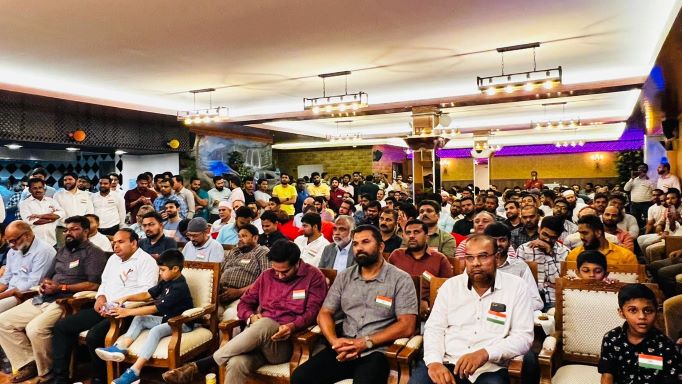