Mangaluru, Aug 22: The 45th series of state-level ‘Student Project Program’ was conducted by KSCST, Bengaluru, in association with VTU, Belagavi on August 12 and 13 at VTU.

In this project exhibition, project titled 'Energy generation using fly-wheel and magnet; was awarded the 'Best Project Of The Year' under the project exhibition category. This project was carried out by the students- Chirag G Poojary, Karthik C, Sajith and Vijetha K Naik of department of Electrical and Electronics Engineering, under the guidance of professor Lokesha B. 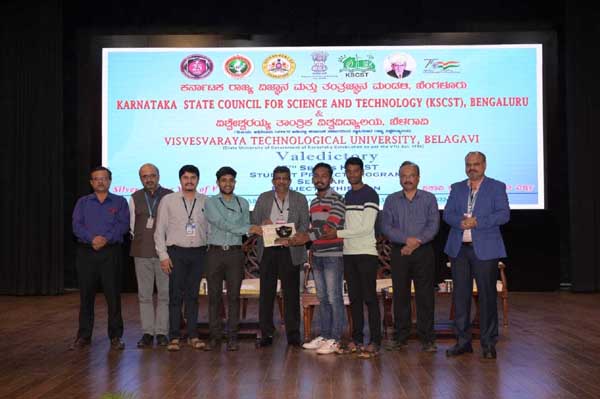 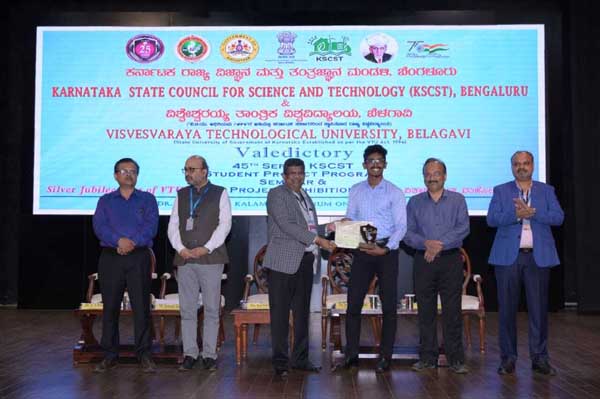 Also, the project titled 'Robotic Arm Installed Fruit Plucking UAV based on AI' was awarded the 'Best Project Of The Year' under seminar category. This project was carried out by the students- Navaneeth Soni, Naveen Kumar, Nithin Kumar and Vardhaman Ravindra Vasavade of department of Aeronautical Engineering, under the guidance of professor Srinidhi Kukkila.

Dr Karisiddappa, vice-chancellor of VTU presented the awards. There were 332 projects for the exhibition. Dr CA A Raghavendra Rao, president and Dr A Srinivas Rao, vice-president of Srinivas group of institutions have appreciated the efforts by the students and also congratulated them for winning the awards. Dr Shrinivasa Mayya D, principal and the heads of the departments have also complemented the students for their outstanding performance in the programme and receiving the awards.