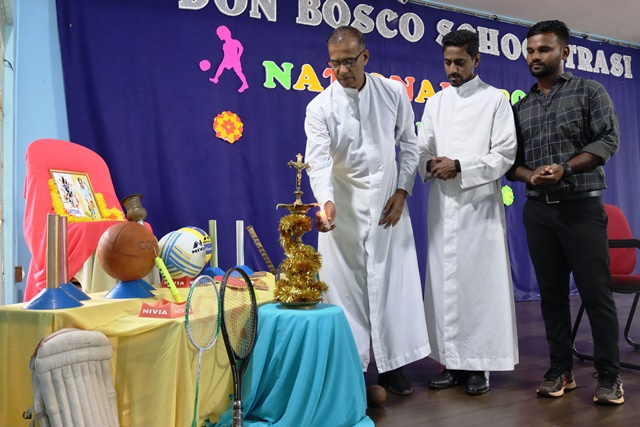 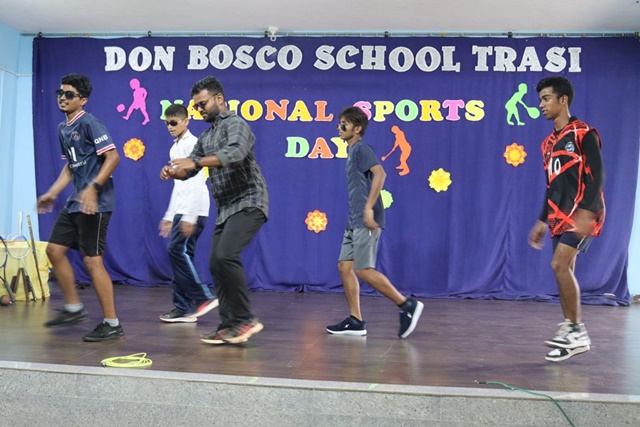 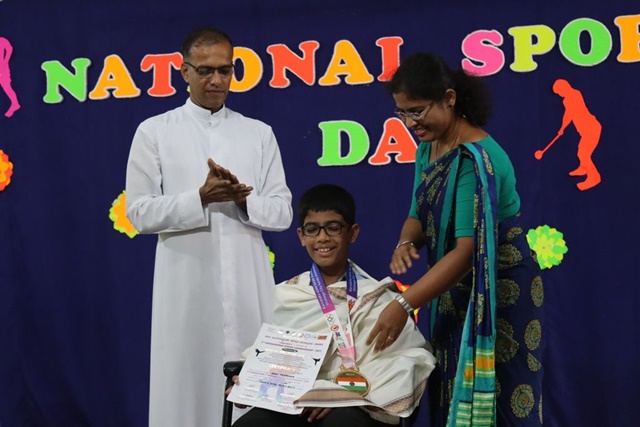 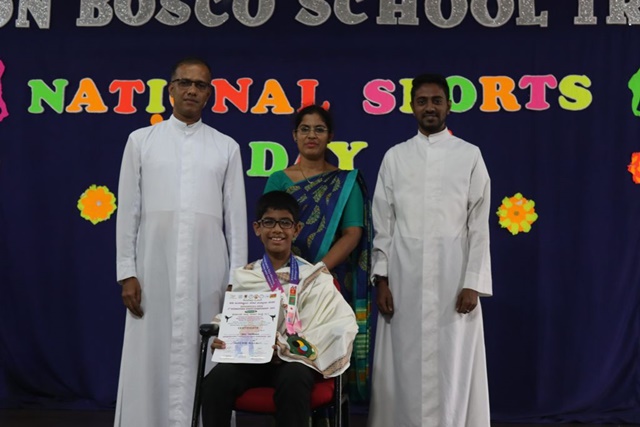 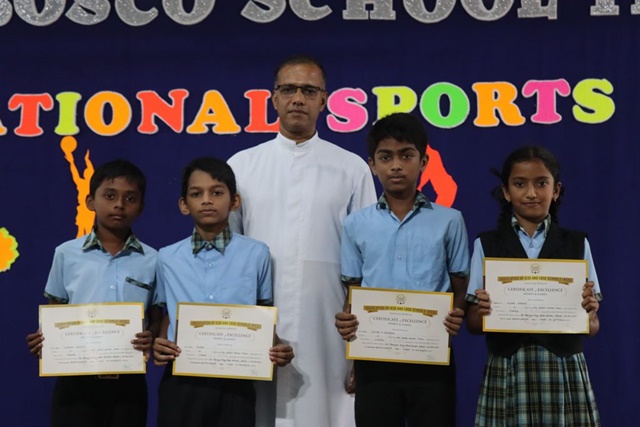 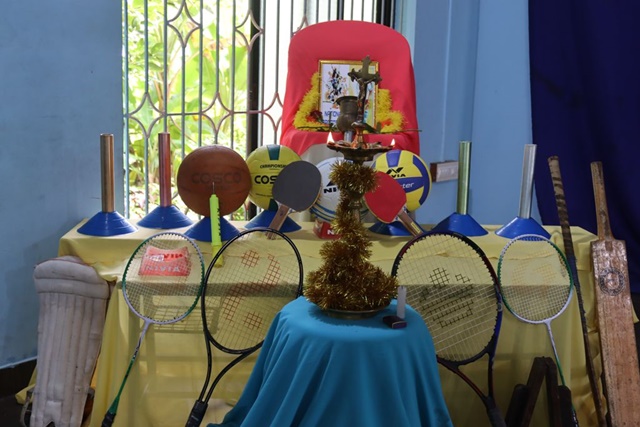 A meaningful celebration was organized in the School Auditorium under the leadership of the Physical Education Teacher Lohith. The program was ushered in with the lighting of the lamp by the school principal, Fr Maxim D’Souza and Fr Ronald Vaz, the vice-principal.

On this occasion, an international achiever of the school, Master Noah Mendonca of Class 7 was felicitated by the school principal. He had participated in the International Karate Competition held at Shivamogga recently and had bagged a gold medal in Kata and a bronze medal in Kumite events. Along with him, the students who participated in Twin District level Under-14 Chess Competition in Udupi recently.