Doha, Sep 9 (IANS): Ticket holders to FIFA World Cup Qatar matches will be able to bring in three family members or friends who do not own tickets, on the basis of the Hayya card, a mandatory document to enter stadiums, organisers said in Doha on Thursday.

The Director General of the Supreme Committee for Delivery & Legacy, Yasir Al Jamal, told a press conference: "We are only weeks away from the biggest sporting event ever to be held in our country and region. We are delighted with ticket sales so far and look forward to welcoming fans from across the globe for a celebration of the beautiful game. Fans will experience Qatar's warm hospitality while they enjoy exciting action on the pitch and numerous entertainment options off it. This will truly be a World Cup to remember - and a game-changer for Qatar, the Middle East and Arab world." 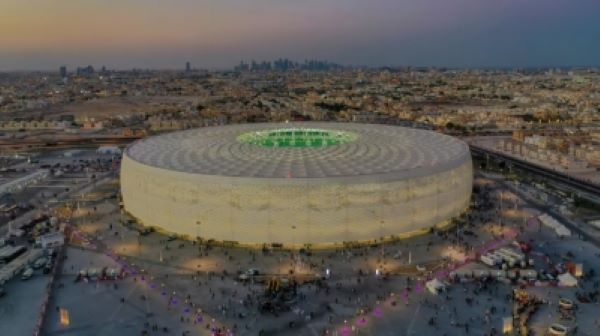 More than 2.45 million tickets have already been sold for the tournament and the next phase of sale begins later this month with over-the-counter sales set to begin later. More than 500,000 tickets were snapped up during the most recent sales phase in July and August.

It will be the first edition of the tournament to be held in the Middle East and Arab world - and excitement across the region is palpable. Qatar is set to host the most compact edition of the tournament in modern history. Fans, players and officials will always be in the thick of the action - with the longest distance between stadiums just 75 km.

Organisers said that during the tournament, ticketed fans will be able to invite up to three non-ticketed fans to Qatar, with a minimal entry charge for non-ticketed persons aged 12 and over. This feature will be launched together with the Last-Minute Ticket Sales period.

Nasser Al Khater, CEO, FIFA World Cup Qatar 2022 LLC, said: "Thanks to the compact nature of this tournament, fans will never be far from a stadium or activation. They will also - uniquely in the modern history of the tournament - have the chance to attend more than one match per day during the early stages of the event. Fans and players will love our state-of-the-art stadiums, including the FIFA Fan Festival, which will cater to thousands of fans at the beautiful Al Bidda Park."

*Key information for fans attending the World Cup in Qatar-

Fans travelling to Qatar for the tournament, which will take place from 20 November to 18 December, must apply for the mandatory Hayya Card. All ticket holders (both residents and visitors) must obtain Hayya in order to attend matches. Hayyawill also act as an entry permit to Qatar for international fans.

Organisers have reminded fans to book their accommodation as soon as possible. The widest range of options, including cruise ship cabins, apartments, villas, hotels and fan villages, are available to book via the Qatar Accommodation Agency (QAA). Prices start from $ 80 per night, based on two-person occupancy.

From next week, the QAA will contain a third-party booking feature, which will allow fans to successfully apply for Hayyaafter booking accommodation from a source other than the QAA or staying with family/friends.