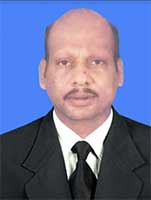 Mortal remains will be brought to the residence  "Evershine"  on Wednesday, November 30 at 3:15pm.   Funeral cortege leaves residence, for St Francis Xavier church, Bejai at 4.15pm, followed by Mass at 5:00pm.

Leave a message Your Email address will not be published.