Mumbai, Sep 22 (IANS): Cheering environmentalists, Maharashtra will get 18 new wildlife reserves and 7 proposed sanctuaries, taking the total of such protected areas in the state to 52, officials said here on Wednesday.

Chief Minister Eknath Shinde approved the proposals at a meeting of the State Wildlife Board in the presence of Forest Minister Sudhir Mungantiwar and others, which will now take the protected areas in the state to around 13,000 square km. 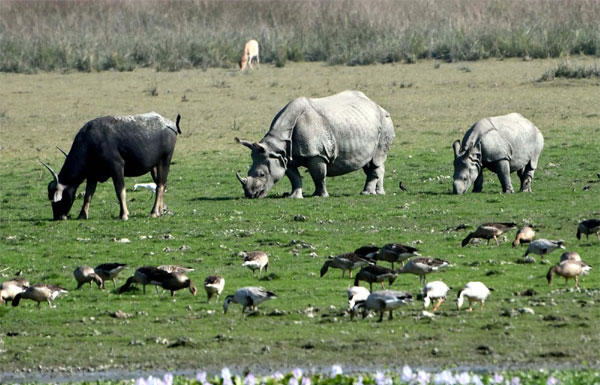 The CM said that Conservation Reserve Areas (CRAs) are declared for the purpose of protecting the habitats of flora and fauna in the territory adjacent to national parks or sanctuaries or connectors to such reserved areas.

The proposed CRAs include Saptashringigad in Nashik district, Bhairavgad in Thane district, Dhareshwar, Trikuteshwar, Kannad, Pedkagad in Aurangabad district and Kinwat in Nanded district, he said.

Mungantiwar proposed that a 'State Wildlife Fund' should be established for various conservation efforts, biodiversity projects and compensation to the locals, at the meeting attended by top officials like Venugopal Reddy, Dr. Y.L.P. Rao, Sunil Limaye, and others.

The development came two days before Prime Minister Narendra Modi is scheduled to address a national conference of all Environment Ministers in the country.*