Awareness on prevention of various crimes such as Child Labour, Human Trafficking and Environmental crimes were performed through the street play. A simulated incidents of child kidnapping, trafficked child sent to forced beggary and child labour were acted out along with the preventive techniques, role of general public to inform about the incidents to the respective authorities in time if they find any suspicious activities. Further, awareness about the theme was delivered through songs, relevant pluck cards, slogans and interaction with the public gathered around. Students were able to make the public participate during the street play through action songs and a dance. General public were asked to express their views or opinion at the end of the street play specially to assess the information gained by them. 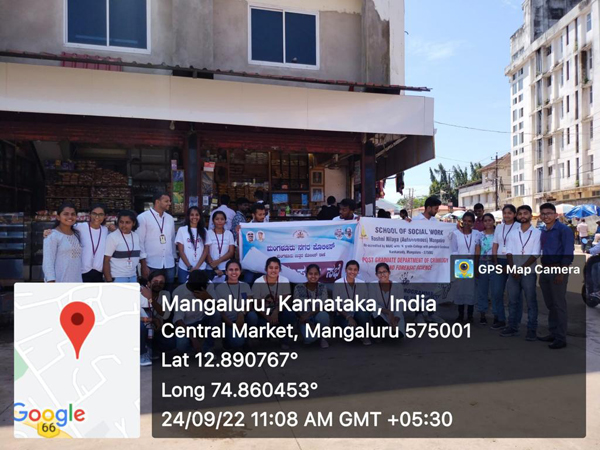 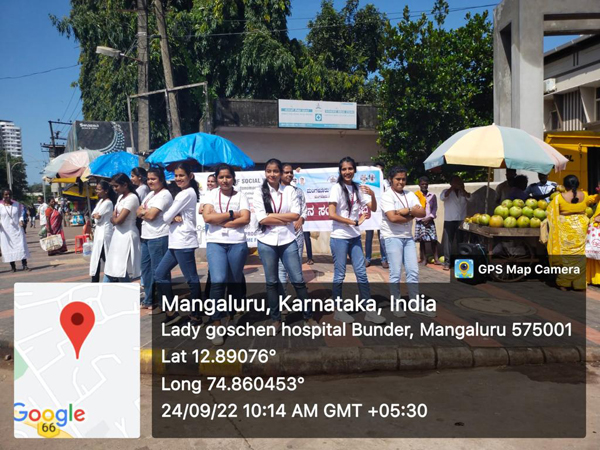 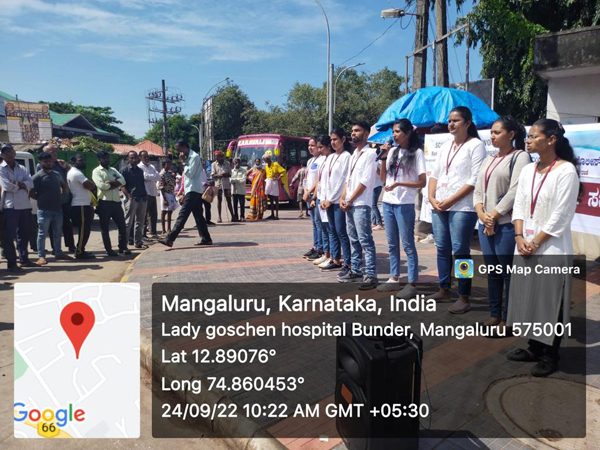 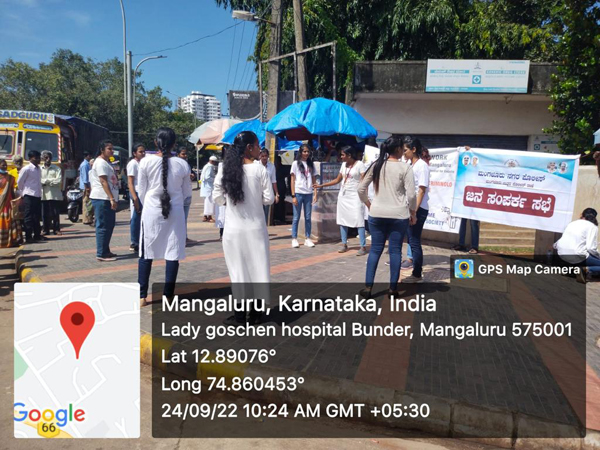 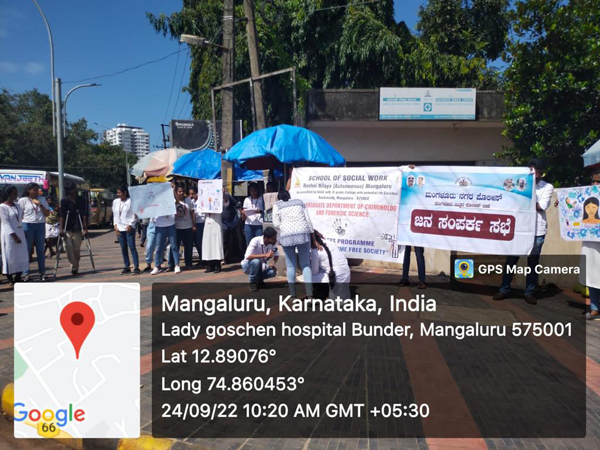 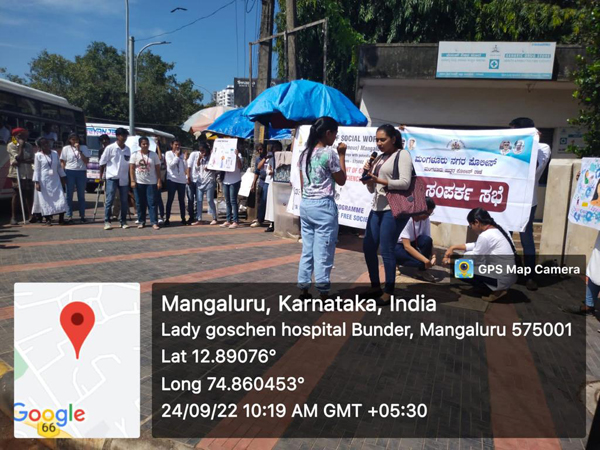 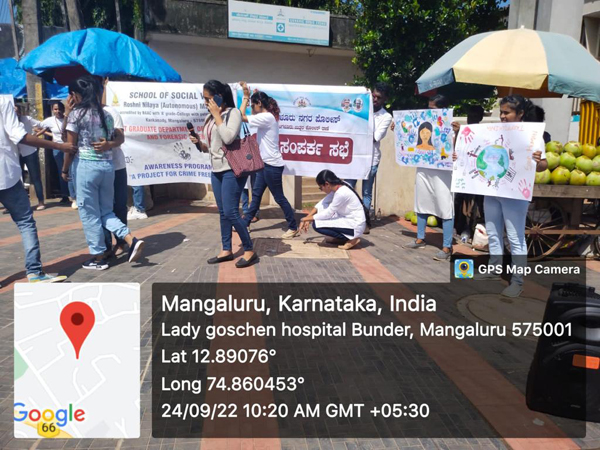 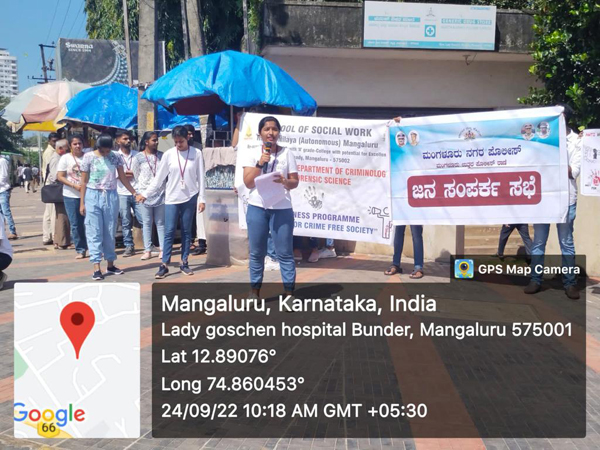 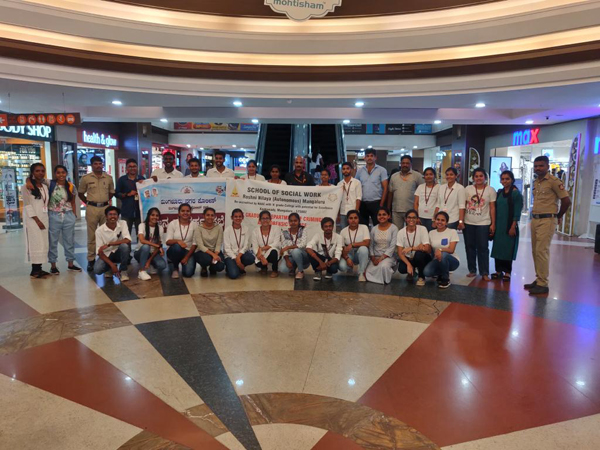 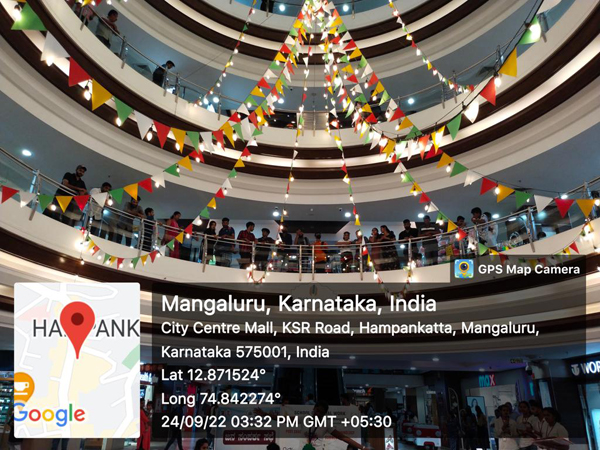 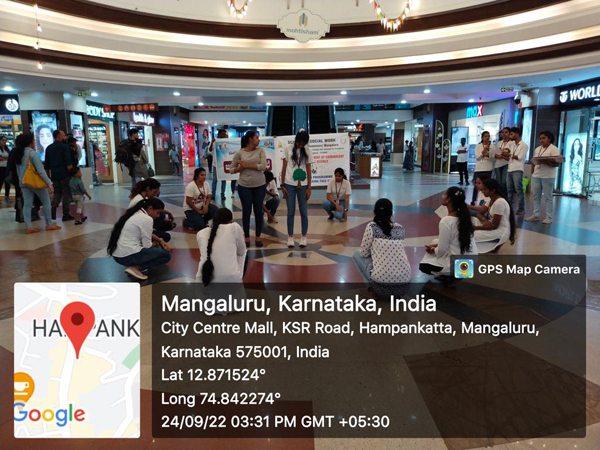 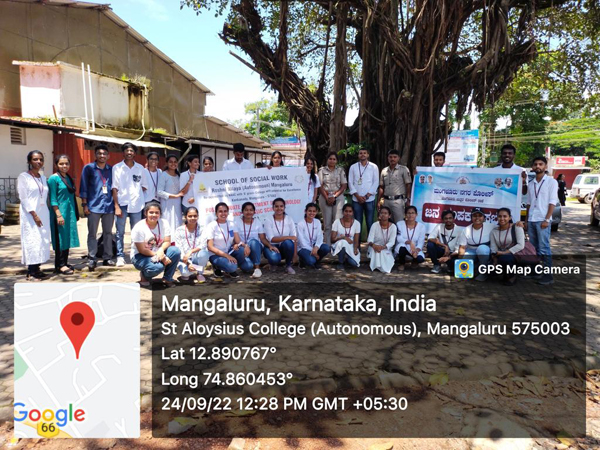 Altogether, around 700 general public surrounded in four places, three faculties, three Police Personnel and 26 students of the hosting college were present on the occasion. The programme was planned under the guidance of Dr Saritha D’Souza, head of the department and director, Centre for Extension Services (CES), The Post Graduate department of Criminology and Forensic Science, School of Social Work, Mangaluru. Kavya, second year Post Graduate student of Criminology and Forensic Science and student coordinator of the programme compered the whole event.