Mumbai, Sep 29 (IANS): Making embarrassing revelations, the Congress and Shiv Sena have claimed that the present Chief Minister Eknath Shinde -- backed by the Bharatiya Janata Party -- had reportedly sought alliance with the Congress in 2014 and 2017, here on Thursday.

Senior Congress leader and former Chief Minister Ashok Chavan, and Sena's veteran ex-minister Chandrakant Khaire besides other leaders have made the sensational claims, sparking off a political row. 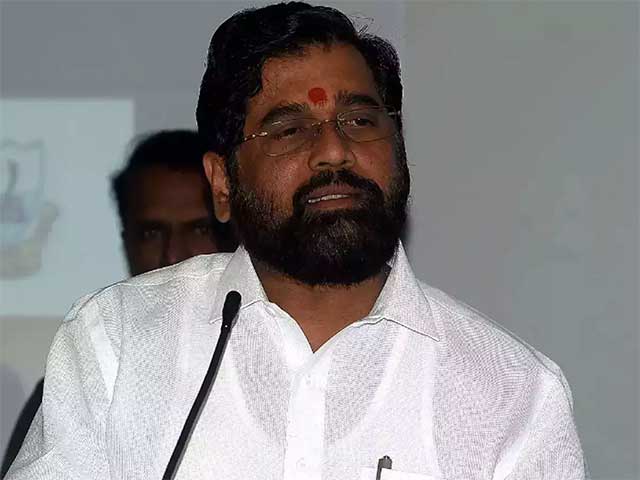 Speaking to mediapersons in Nanded, Chavan said that in 2017, ahead of the local body elections in the state, a delegation of Shiv Sena comprising Shinde -- then a Minister in the BJP-led government of ex-CM Devendra Fadnavis -- had met him in his office with a proposal to sever ties with the BJP.

However, Chavan said he would first consult his own party and Nationalist Congress Party President Sharad Pawar, and after that, he would raise the issue with the Congress central leadership, though nothing moved after that.

At the relevant time, the ties between the BJP-Sena - ruling the state jointly - were severely strained and they contested the subsequent elections separately, and Chavan was the state Congress President.

Interacting with mediapersons in Aurangabad, Khaire said that in 2014, Shinde along with a group of around 15 Sena MLAs had met Congress with a proposal to form a Sena-Congress-NCP government in the state, but later nothing emerged.

The MVA's claims assumed importance against the backdrop of the Shinde Group's repeated claims that they had rebelled against the Sena President and former chief minister Uddhav Thackeray ostensibly since he allied with the Congress-NCP after the 2019 elections and chucking the party's Hindutva agenda.

The revolt by 40 Sena MLAs and others saw the collapse of the two-and-half-year old MVA government on June 29, with the BJP-backed Shinde taking charge as CM on June 30.

Reacting to the MVA's contentions, BJP state president Chandrashekhar Bawankule attempted to turn the tables saying that if such a thing had indeed happened, then it must have been at the behest of Thackeray since Shinde was not party leader

Shinde Group's Minister Gulabrao Patil declared the contentions as "nonsensical" and said he (Shinde) may have been compelled to attend such a meeting -- if it had taken place - on the orders of his leader (Thackeray).

BJP Mumbai President Ashish Shelar issued a veiled warning that Chavan should stick to decorum in public life about certain things that should be kept under wraps, failing which "we could release Chavan's video clip", and other leaders raised issues of the Adarsh Society scam.