Ashton Savio Baretto and Reevan Pereira bagged the first place in the Udupi District Level Cultural Competition in the Fruits and Vegetable Carving Category and Krysha Lobo and Nayana bagged the third place in the Food without fire category. This event was organized at Vidyodaya School, Udupi for the Association of ICSE and CBSE Schools. 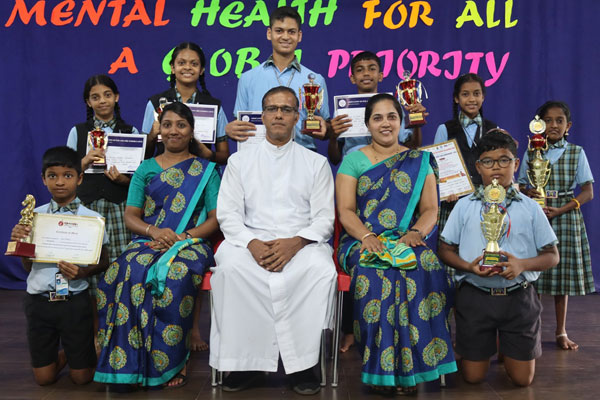 The principal, Fr Maxim D’Souza felicitated the students for their stupendous achievements.