New Delhi, Nov 11 (IANS): The Supreme Court on Friday extended the protection of the area inside the Gyanvapi mosque in Varanasi where a 'Shivling' was found till further orders.

A bench headed by Chief Justice D.Y. Chandrachud and comprising Justices Surya Kant and P.S. Narasimha said the interim order passed on May 17, in connection with the protection of the area found during a survey, will remain in operation till further orders. 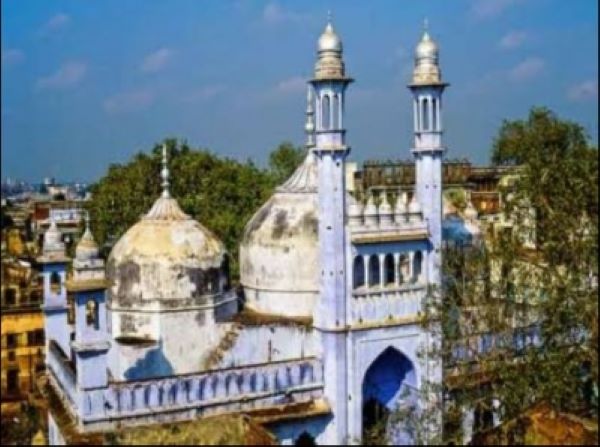 Senior advocate Huzefa Ahmadi, representing the petitioner, submitted he has no objection to the continuation of the interim order.

On Thursday, the apex court had agreed to set up a bench on Friday to hear a plea by Hindu side seeking extension of an order providing protection of the area.

Advocate Vishnu Shankar Jain, representing some Hindu devotees, mentioned the matter before a bench headed by the Chief Justice and sought an urgent hearing.

Jain contended that the May 17 order of the apex court was expiring on November 12 and it needed to be extended.

The bench asked about the plea of the mosque committee challenging the maintainability of petition of Hindu devotees.

Jain replied that the trial court had rejected it and an appeal is pending in the Allahabad High Court.

The top court said it will constitute a bench at 3 p.m. on Saturday.

A Varanasi court on November 8, postponed till November 14, its judgment on a separate plea seeking permission to allow worship of the 'Shivling'.

On May 17, the Supreme Court had said the area within Gyanvapi mosque where Shivling was found needed to be protected, but there should be no restriction on Muslims entering the premises to offer namaz.

On May 20, the apex court transferred the proceedings of the suit by Hindu parties seeking worshipping rights at the mosque to the district judge in Varanasi.

However, the Supreme Court added that its May 17 interim order directing protection of the 'Shivling' and free access to Muslims for offering namaz should remain operational for eight weeks, after district judge decision in the matter.

Title: SC extends protection of area inside Gyanvapi mosque where 'Shivling' was found