'I was not aware of Rajiv Gandhi assassination', says Nalini

Chennai, Nov 13 (IANS): S. Nalini, who was a convict in the Rajiv Gandhi assassination case, has said that she was not aware of the bid to assassinate the former Prime Minister.

She was speaking to the media persons on Sunday. The Rajiv Gandhi assassination convict was released from Vellore central prison in Tamil Nadu on Saturday after the Supreme Court ordered to release all the six convicts in the assassination case. 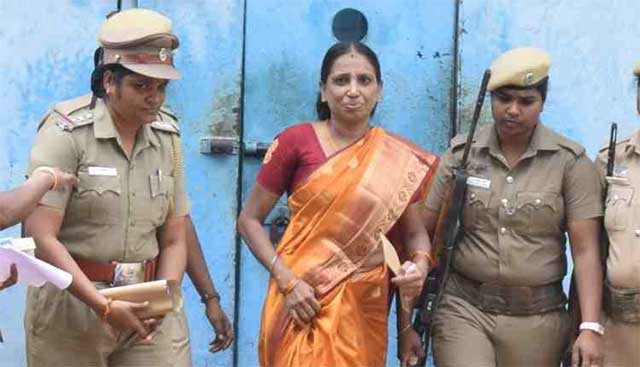 She told the reporters that she wanted to lead a normal life after this and when asked whether she would be settling in Chennai or with her daughter in London, she said that she was yet to decide on this.

It may be noted that Nalini, her husband Murugan alias Sri Haran, Shanthan, Robert Payas, Jayakumar and Ravichandran were released from Vellore, Puzhal and Madurai prisons after the Supreme Court verdict.

The Supreme Court had earlier ordered the release of another convict, A.G. Perarivalan from prison in May 2022 after a prolonged legal battle carried out by his mother.

The court had then considered his long incarceration in prison for 30 years in the Rajiv Gandhi assassination case. The Supreme Court had while releasing Nalini and other five convicts stated that the justice meted out to Perarivalan must be given to other convicts and all six were released from prison on Saturday itself.

The four Sri Lankans, Shanthan, Murugan, Robert Payas, and Jayakumar are lodged in the Tiruchi rehabilitation centre for Sri Lankan refugees after the release from prison.

Title: 'I was not aware of Rajiv Gandhi assassination', says Nalini