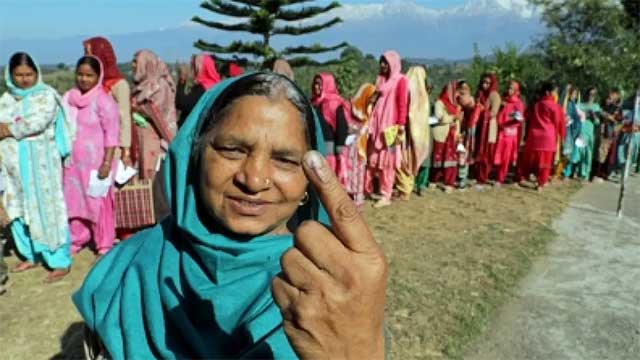 The state Election Department had laid focus on the constituencies with low voter turnout in the assembly polls of 2017.

The department launched its SVEEP and voter awareness activities under its unique programme UTSAV (Universal Transparent Elections through Systematic Awareness of Voters) and specially focused on these 11 assembly constituencies, an official statement said.

A comparative analysis of 11 constituencies -- Dharampur, Jaisinghpur, Shimla, Baijnath, Bhoranj, Solan, Kasumpati, Sarkaghat, Jaswan Pragpur, Hamirpur and Badsar -- revealed that the voter turnout eventually improved in nine of them by up to seven per cent.

Out of these, the total percentage of male population who exercised their right to franchise was 72.4, while of females 76.8 per cent and the third gender 68.4 per cent.

The Chief Electoral Officer said the strong rooms have been sealed with a three-tier security system.

He said due to effective enforcement seizures of nearly Rs 60 crore were made since announcement of the poll on October 14 till day of poll, as compared to about Rs 10 crore in 2017 Vidhan Sabha elections.