Kushinagar, Nov 14 (IANS): An Islamic flag hoisted on a mobile tower in Kasia town near Kushinagar in Uttar Pradesh was removed after the local people spotted it and informed the police.

According to reports, angry locals who spotted the flag, which was installed parallel to a saffron flag, took to the streets and forced traders to shut shops in protest.

A video of the incident was widely shared on social media. 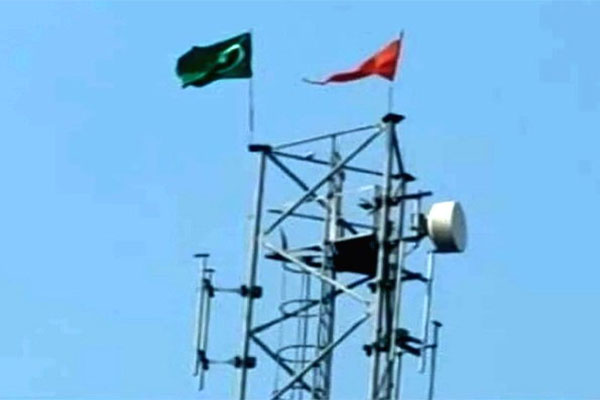 Senior police officials rushed to the spot and explained to the people that the flag was an Islamic flag and not the flag of Pakistan after which the protests were called off.

SP Kushinagar, Dhwal Jaiswal, said the flag was removed, and the police hasstarted an inquiry into the incident.