Indore, Nov 15 (IANS): Congress MP Digvijaya Singh claimed on Tuesday that an Indore-based industrialist is actively involved in the process to making some Congress legislators switch to the Bharatiya Janata Party (BJP).

The Congree Rajya Sabha member's statement came amid speculations suggesting that some Congress legislators are planning to switch sides. 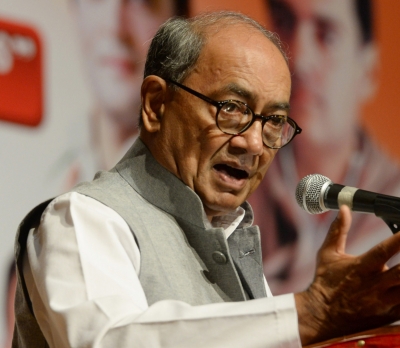 Singh said this while interacting with mediapersons here while reviewing the preparations for the Congress' Bharat Jodo Yatra (BJY) being led former party President Rahul Gandhi.

The BJY is set to enter Madhya Pradesh on November 20.

Responding to questions on doubts raised over some Congress MLAs' plans to switch to BJP, Singh said: "Those who were 'saleable' got sold, those who had to stay (with the party) have remained with us.

"I have received information that an Indore-based industrialist had met Jay Shah (Home Minister Amit Shah's son). The industrialist reportedly told him that he can manage some MLAs for the BJP," he said.

Meanwhile, Congress' Madhya Pradesh unit chief Kamal Nath, while responding to questions on claims that some BJP legislators are in touch with the Congress, said: "Everyone remains connected with us."

Two years ago, in 2020, the then Kamal Nath-led Congress government in Madhya Pradesh had suffered a collapse after 22 party MLAs jumped ship to the BJP, giving the saffron party an opportunity to form the government in the state under Shivraj Singh Chouhan.

Fresh speculations suggest that the grand old party may face another setback.

The Assembly elections in Madhya Pradesh is scheduled to be held in the latter part of next year.