Patna, Nov 15 (IANS): The December 5 by-election to Kurhani Assembly seat in Bihar's Muzaffarpur district has taken a new turn after the entry of Mukesh Sahani-led Vikassheel Insan Party into the contest.

While the main contenders are JD-U's Manoj Kushwaha and BJP's Kedar Gupta, Sahani has given the ticket to Nilabh Kumar, an upper caste (Bhumihar) candidate to make the contest either triangular or become a "Vote Katwa" (vote-cutter) for the BJP. 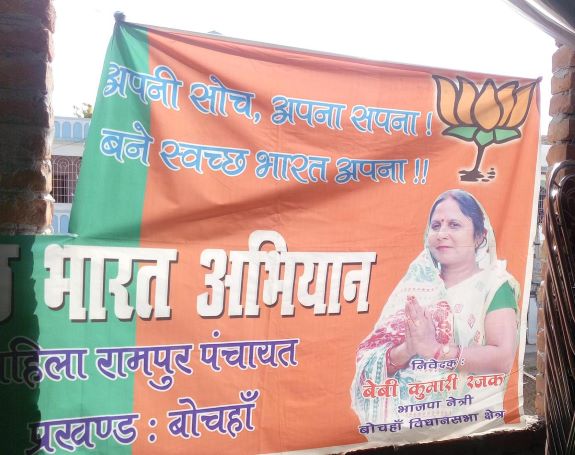 Nilabh Kumar's selection seems to be a tactical ploy by Sahani to cut the vote bank of BJP's traditional upper caste voters to take revenge.

The VIP won 4 seats in the 2020 Assembly election. After the demise of Musafir Paswan, one of Sahani's four MLAs, the BJP refused to give the Bochahan seat to the VIP or ticket to his son Amar Paswan. The RJD immediately swung in to field Amar Paswan in the bypoll and he won.

The BJP also broke the VIP by inducting its remaining three MLAs into the party. Sahani then said that he will take revenge.

In Kurhani, the Bhumihar community, which is known to traditionally support the BJP, has around 40,000 voters. Besides, the Sahani (fisherman) community also has over 30,000 votes. Sahani, who has a good hold in his own community, will seek to cut into Bhumihar votes with his candidate.

In the recently-held Mokama and Gopalganj bypolls, the Bhumihar community had given votes to Neelam Devi, wife of Bahubali leader Anant Singh. The margin of defeat for RJD candidate Mohan Gupta in Gopalganj was also 1,794 vote, with the AIMIM and BSP candidates cutting the Muslim-Yadav votes. Hence, the entry of Sahani is interesting here.

Meanwhile, in the Kurhani, AIMIM has given the ticket to a Muslim candidate probably to cut into the votes of the JD-U's ally RJD.

The role of smaller parties like VIP and AIMIM has become interesting, as they may not be able to win the seat themselves but create headaches for other major parties.

Title: VIP to field candidate in Bihar bypoll in a bid to weaken BJP