Udupi, Nov 23:  The much-needed free left turn built and donated by the renowned Mandavi Real Estate Developers under its corporate social responsibility activity at the Kalsanka junction of Udupi city was inaugurated by Udupi MLA Raghupathi Bhat on Wednesday, November 23.

Mandavi Real Estate Developers built a free left turn for vehicles coming from Gundibail to Manipal at its own cost in the site of their ongoing project “Mandavi Times Square”. This free left will help reduce the traffic difficulties drastically.

The road was constructed by the Mandavi Real Estate Developers at a cost of Rs 10 lacs and was unveiled for the free commute of the general public. 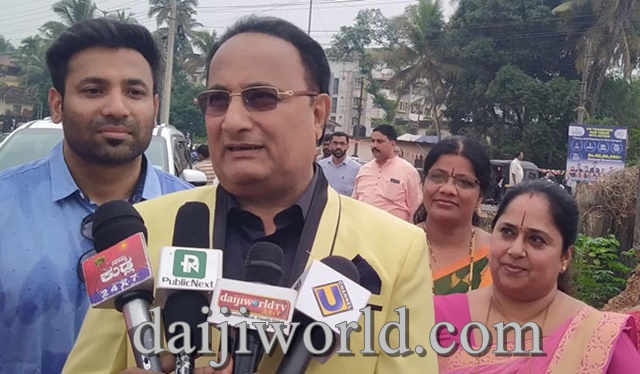 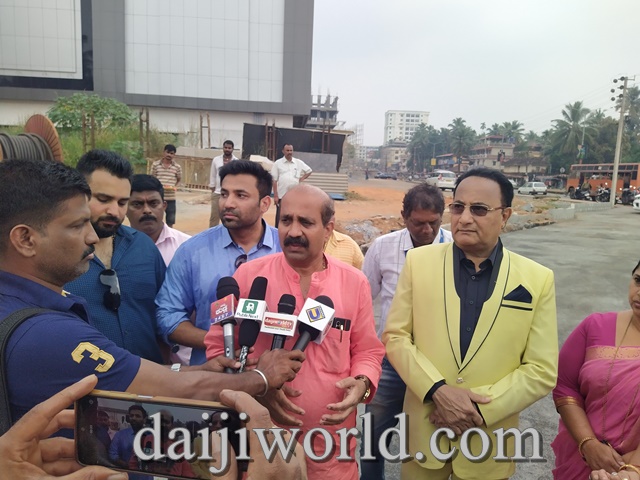 Appreciating the generous contribution of Mandavi Real Estate Developers, Bhat said, “This facility of free left will contribute in reducing the traffic woes for about 30% to 40%. We thank the Mandavi Real Estate Developers managing director Dr Jerry Vincent Dias and his children for their generous contribution for Udupians. As the adjourning property was owned by Dr Jerry Vincent Dias we approached him and sought his support for making a free left turn and he generously agreed to our request and not only he donated the land but also he constructed the required road spending his own money. I thank him on behalf of Udupi district administration and Udupi city municipality. In the upcoming days a 70-meter circle will be constructed in Kalsanka and land acquisition for the same will begin soon” he said.

Addressing media persons Dr Jerry Vincent Dias, managing director, Mandavi Real Estate Developers said, “Udupi MLA Raghupathi Bhat had first thought about this free left turn here in Kalsanka. He has developed the Kalsanka – Manipal road along with Late Dr V S Acharya. Due to their efforts today we can travel to Manipal with ease.  Many commercial entities including Mandavi Times Square are coming up in this prime location. MLA Raghupathi Bhat, district commissioner and other officials had a meeting for making arrangements for this free left, and based on their request I agreed to construct and donate this facility for the people without expecting anything in return. I am very happy with this contribution.”