Mangaluru: Utthar-Dakshin music programme to be held on November 26

Mangaluru, Nov 24: Utthar-Dakshin, a music programme series successfully conducted on many prestigious platforms in India, will be held in Townhall here on November 26 from 5.30 in the evening.

It will be conducted in association with the renowned Sangeet Bharati Pratishtan of Mangaluru. The programme will be presented by Vivid Arts and Entertainment and The Pioneer Art Education Society. The programme series has been conducted on 11 stages so far and the 12th one is going to be in city. 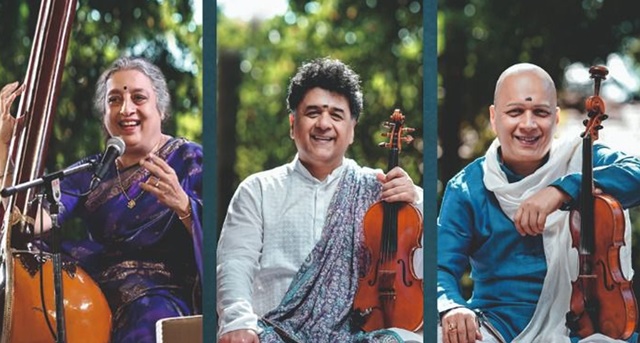 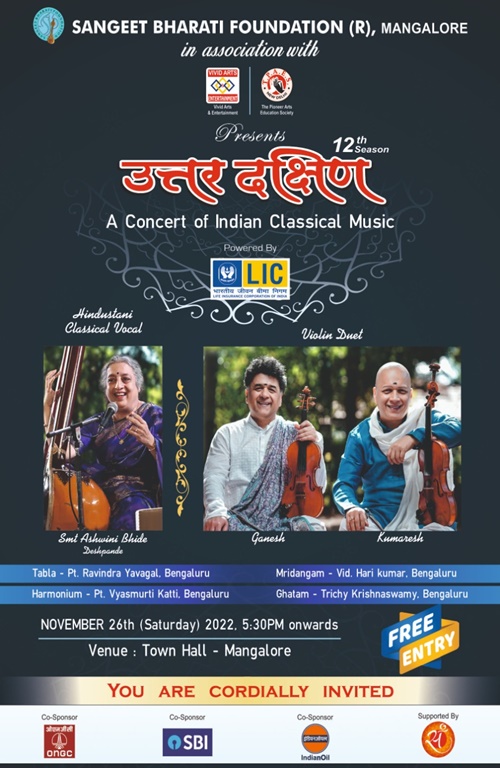 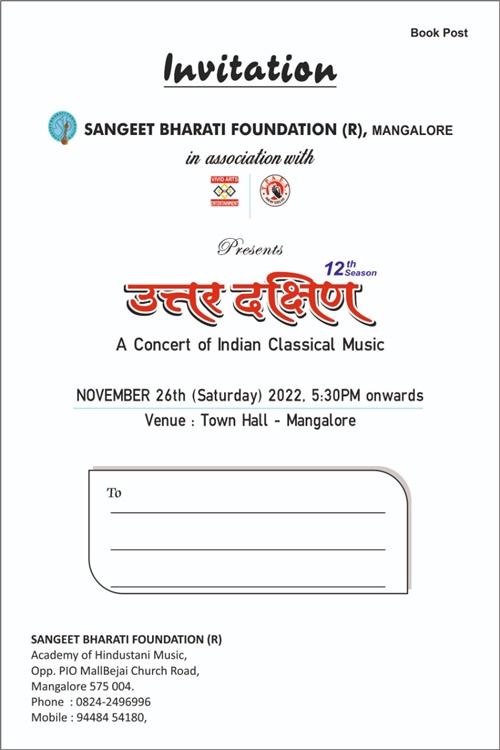 The programme will feature Hindustani classical vocal recital by renowned Vidushi Ashwin Bhide Deshpande and a jugalbandi by Violin maestros in Carnatic music Vidwan Ganesh and Vidwan Kumeresh. Ashwini Bhide Deshpande will be accompanied by Pt Vyasamurti Katti on the Harmonium and Pt Ravindra Yavagal on the Tabla. Vidwan B Harikumar on the Mridangam and Vidwan Trichi Krishnaswamy on the Ghatam Will accompany Vidwan Ganesh and Vidwan Kumeresh in the Violin Jugalbandi.

This exquisite programme has free entry and it is a musical feast to lovers of both Uttaradi (northern) and Dakshinadi (southern) schools of music.

Hailing from Mumbai, Vidwan Ashwini Bhide Deshpande has secured a masters degree in Microbiology and he was awarded a doctorate in Biochemistry from Baba Atomic Research Centre. He obtained the Sangeet Visharada title from Akhil Bharatiya Gandharva College, Mandal. He has presented concerts on many prestigious national and international platforms and has won numerous awards. Vidwan Ganesh and Vidwan Kumeresh are two eminent artistes of Carnatic school of music. Born in Kanpur of Uttar Pradesh, they gained mastery in music during their childhood itself and presented concerts in many countries.

Sangeet Natak Akademi, Chowdaiah, Sri Kanchi Kamakoti, Kalaimani and Sunaad Sangeeta Sarangya are some of the awards the brothers have won.

Title: Mangaluru: Utthar-Dakshin music programme to be held on November 26