Pradeep (22), son of Nonaiah, resident of Padegudde of Neriya village is the unfortunate victim of this incident. 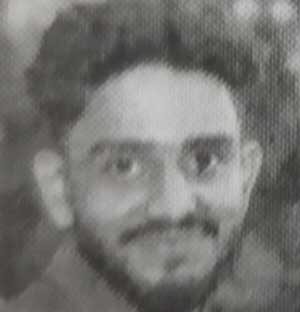 Pradeep was on his way to his relative’s house to handover some items for an auspicious occasion. Locals rushed Pradeep to Ujire hospital immediately where he was given first aid and taken to Mangaluru for higher medical treatment. However, he succumbed on the way.

Pradeep was a tipper driver and was the bread winner of his family. His father and mother, who were sick, got well recently. Two of his sisters are studying. The family which has meagre agricultural income, was surviving on the earning of Pradeep.