The 8-year-old Avyaay Garg (ELO rating 1242), a third-standard student of Aditya Birla World Academy, claimed the silver medal in his age group's open U-8 category that concluded on Thursday in the Senja Cashew Community Centre in Singapore. 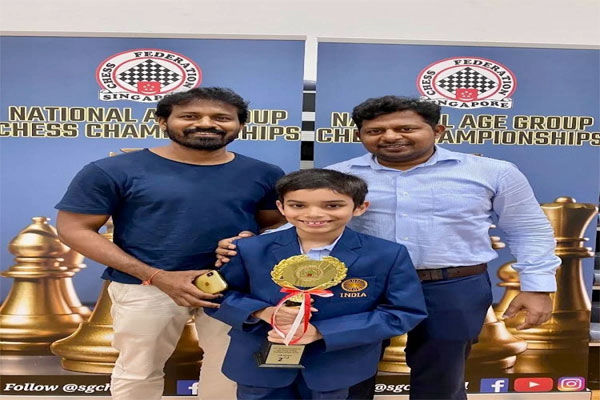 About 500 participants were in the fray from across 10 countries in the four-day tourney. Avyaay grabbed the second position with an incredible score of 7 points out of a possible 8 while Singapore's Lim Shi Hun Magnus secured the top position with 7.5 points.

"Avyaay is a hardworking child and has a deep understanding of openings with subtle variations, his tactical skills are akin to former chess legend Mikhail Tal," his coaches Balaji and Durga Nagesh Guttula of SMCA were effusive in praise for the kid.

Avyaay's mother Fazaa is ecstatic over his win and credits her son's big international achievement to hard work and coaches who have been working relentlessly towards Avyaay's promising journey on the 64 squares.

Next, Avyaay will be seen featuring in the Indian National Schools Chess Championships scheduled early next year in Chennai.