Bengaluru, Dec 5: JD(S) floor leader in the assembly H D Kumaraswamy has accused the former BJP Chief Minister B S Yediyurappa, who occupied the post after toppling his Congress-JD(S) coalition government, of scrapping the farm loan waiver scheme launched by his government.

Addressing a roadside meeting at Chirathalli gate in Sira assembly constituency on Monday, he said his government had set apart Rs 25,000 crore for the farm loan waiver and had issued the necessary government order for implementing the scheme with specific financial allocation. However, the present ruling BJP engineered defections of Congress and JD(S) MLAs and brought down his government. 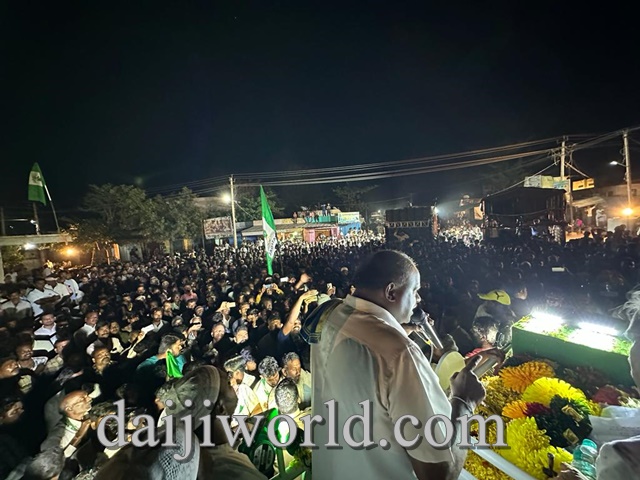 He accused the Yediyurapa regime of diverting Rs 7,000 crore set apart for the farm loan waiver.

As many as 2 lakh families of farmers are yet to get the benefit of loan waiver, he said ridiculing Yediyurappa for projecting himself as a farmer leader. Kumaraswamy lambasted the Basavaraj Bommai government for its rampant corruption and said the roads all over the State were in very bad condition due to the 40% commission.

The 40% commission scam has become so serious that the ruling party leaders have swallowed 60% of the funds for road repair works putting the people into hardships, he said.

The JD(S) leader predicted that his party will return to power with a clear majority and set right things.