Bengaluru, Dec 8 (IANS): Karnataka Chief Minister Basavaraj Bommai has described the BJP's record performance in the Gujarat Assembly polls as a victory for the pro-incumbency factor.

He was speaking to the media persons on Thursday after the counting trends showed the ruling BJP tally in Gujarat crossing 150 seats in the 182-member Assembly.

"The Gujarat Assembly poll results show that if we give good governance people will vote for us. Till now anti-incumbency was a factor, but Gujarat has shown a pro-incumbency wave. The BJP has won for the seventh time in succession, which is not an easy task to achieve," Bommai said. 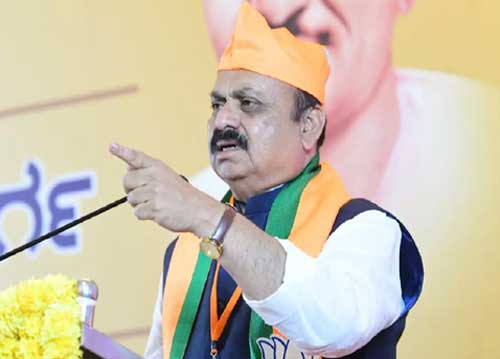 Bommai attributed the party's return to power in Gujarat for a record seventh term to the good governance model espoused by Prime Minister Narendra Modi.

"Above all laying the foundations for good governance, strengthening it and now guiding us is our dear Prime Minister whose positive leadership is inspiring us. People are convinced of his ability to lead the country," Bommai said.

With Karnataka due for the Assembly polls in the first half of 2023, Bommai said that the Gujarat Assembly poll victory will have a positive impact on Karnataka too.

"BJP is set to return to power in Karnataka and the Gujarat victory will inspire our workers to work harder," he said.

With the Congress looking poised to wrest power from the BJP in Himachal Pradesh on Thursday, Bommai expressed confidence that the saffron party would retain power in the hill state.

Commenting on the AAP victory in the Delhi municipal corporation election, Bommai said local factors and small electorates, and large number of candidates differentiate it from Assembly elections.