Mangaluru, Dec 9: Sanskrit is the most ancient and modern language. It is well known that our country’s knowledge base is in Sanskrit. Everyone acknowledges that not only Vedapanishaths and Puranas, but many other scriptures like Ayurveda, Astronomy, and Yoga Shastra were first published in this language. So there is no need to tell Indians again about the importance of Sanskrit.

But such an important Sanskrit language is ironclad. Many feel that it is unsustainable for ordinary people. That's not the truth. Sanskrit is as simple as other languages. 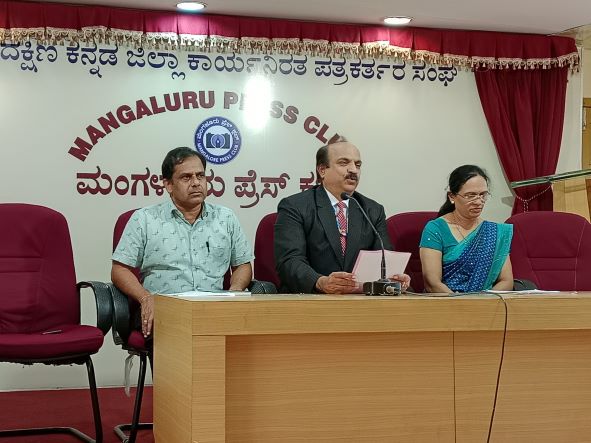 It is also possible to speak in that language. This is possible by using simple standard Sanskrit. So, what is simple standard Sanskrit? To deliberate on the matter, and to decide its nature, the central government has appointed the retired chief election commissioner of the government of India, A high-level committee was constituted under the chairmanship of Nee Gopalaswamy.

Chancellors of Sanskrit universities and many academicians were members of the committee. The committee made a serious study of the matter, decided on the nature of simple standard Sanskrit, prepared a report, and submitted it to the Government of India.

The Sanskrit we have to use should be very simple. This report, which mainly conveys the principle that grammar should be pure, needs to be propagated among those who know the Sanskrit language first.

A one-day workshop titled 'Sarala Manaka Sanskrit' has been arranged for the same on December 9, at Hotel Saffron, Ganapati High School Road, Mangalutu. This workshop will be held in collaboration with Srinivasa University and the honourable chancellor of the University, Dr CA A Raghavendra Rao will inaugurate it.