Bantwal, Jan 24: The eleventh day of the ‘Gramadege Shasakara Nadige’ foot march under the leadership of MLA Rajesh Naik began from Karpe Kuppettu Barke abode after a pooja in the company of hundreds of activists in the morning on Tuesday, January 24.

The MLA had stayed at the residence of BJP worker Neela Poojary after a stage programme on January 23. Hundreds of BJP workers welcomed the MLA with a garland of fruits and arati. 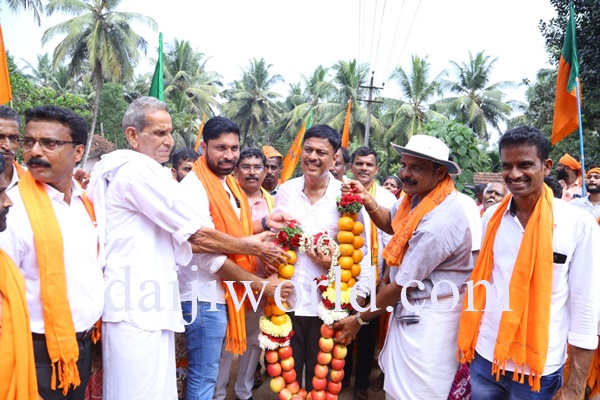 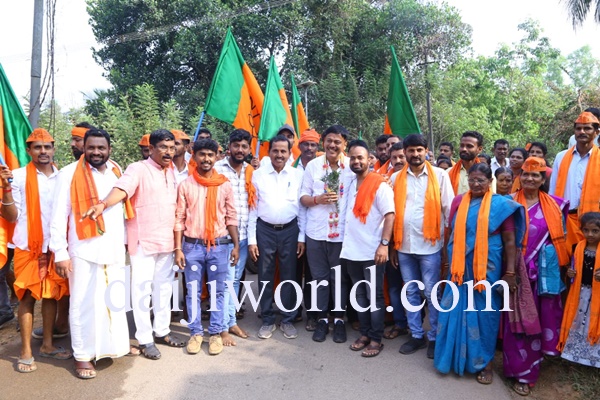 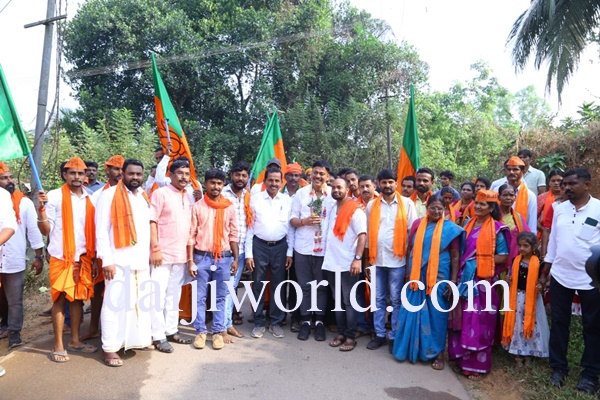 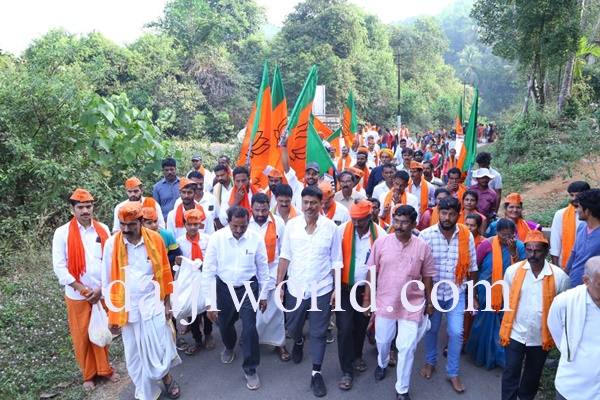 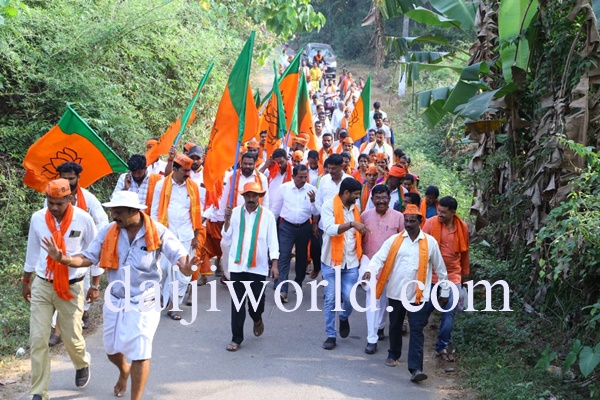 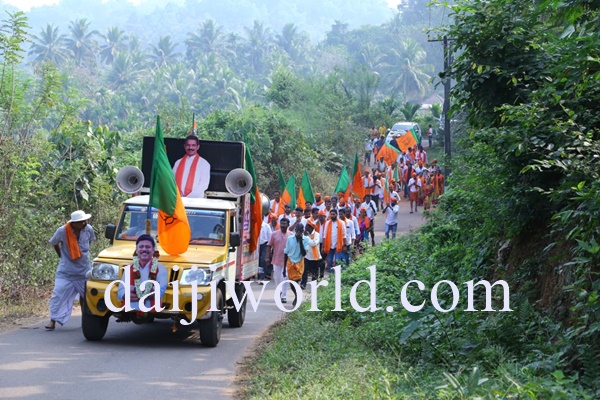 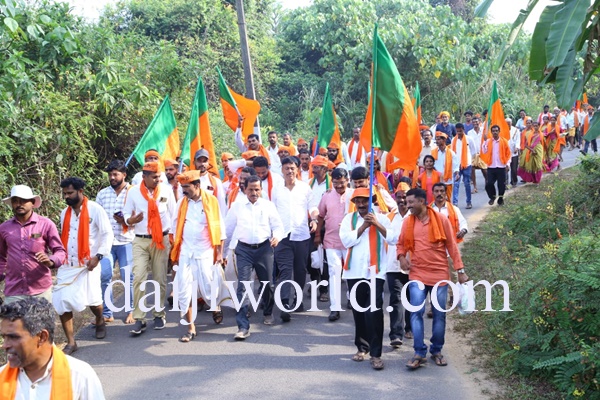